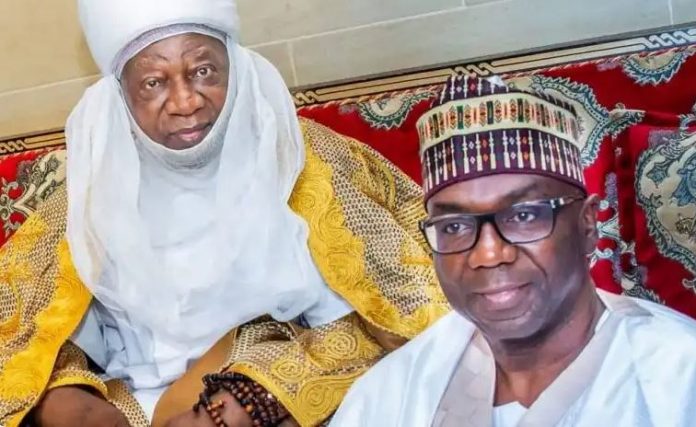 Gov. AbdulRahman AbdulRazaq of Kwara has congratulated the Emir of Ilorin, Dr Ibrahim Sulu Gambari, on his 81th birthday.

In a statement by the Chief Press Secretary (CPS) to the governor, Mr Rafiu Ajakaye, in Ilorin on Thursday, AbdulRazaq described the Emir’s reign as transformative and hugely beneficial to the emirate and the state as a whole.

“I join the whole of the emirate and the people of Kwara State as a whole to thank the Almighty Allah for His enduring mercies on His Royal Highness over the years, including giving him the good health and wisdom to excellently discharge his royal duties.

“On behalf of the people and government of Kwara State, I commend the Emir of Ilorin for his commitment to peace, his love for his subjects and deliberate efforts to strategically position them for greater heights,” he said.

The governor also commended the first class traditional ruler for his constant pursuit of socioeconomic and political growth, and development for the state over the years.

“I pray the Almighty Allah to grant His Royal Highness more rewarding years ahead in good health,” AbdulRazaq added.