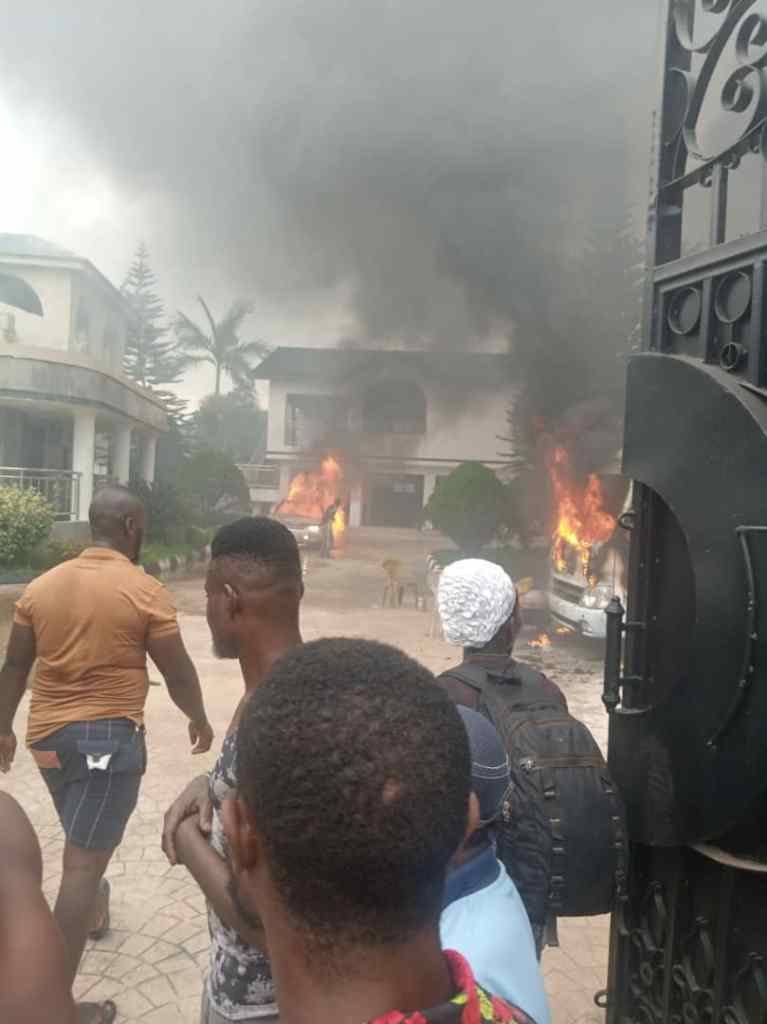 Unknown gunmen have attacked the palatial country home of Hope Uzodimma, the governor of Imo State.

According to reports, the governor’s house in Omuma in the Oru East Local Government Area of Imo State was invaded by gunmen who in the early hours of Saturday, killing two security men on duty before torching it.

The security men on duty tried to repel the gunmen, leading to the death of two of them.

A related development suggests that the gunmen killed two other security men at Oguta-Mgbidi Junction, the road leading to the Governor’s house.

At the time of writing this report,  firefighters were battling to stop the fire from spreading to other parts of the building.

Another village source told our correspondent that the military had taken over the community.