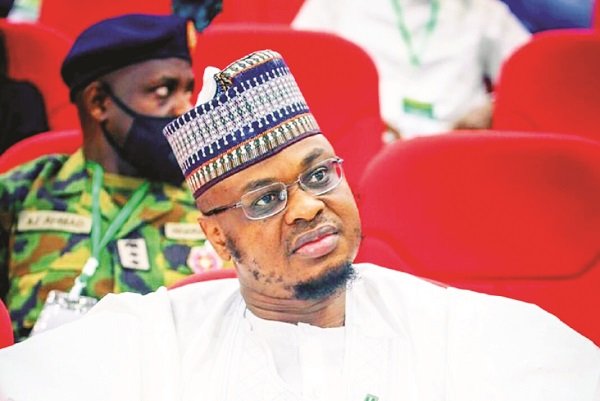 The Presidency’s statement in support of embattled Minister of Communications and Digital Economy Ali Isa Pantami despite calls by Nigerians for his resignation/sack over his past controversial statements in support of terrorist groups has sparked outrage.

The Nation reports President Muhammadu Buhari’s Senior Special Assistant on Media and Publicity Garba Shehu, in a statement titled ‘Statement by the Presidency on recent campaign against the Minister of Communications and Digital Economy’, explained Pantami’s was young when he made those statements and his position had since changed.

The Presidency had defended the embattled Minister saying he made enemies because he tried to put Nigeria first and had initiated plans and policies that would profit the public.

The Nation reports many Nigerians and groups have been asking Buhari to sack Pantami after videos from the 2000s resurfaced where the Minister was seen supporting Al-Qaeda and the Taliban as well as expressing Islamic extreme views.

Declaring its support for Pantami, the Presidency described his current travail as an orchestrated attempt to ‘cancel’ him.

But many Nigerians insisted on Pantami’s sack or resignation despite the presidential explanation.

Social Commentator Wale Adetona said: “We are aware of all the reports and claims about Pantami, but there’s nothing we would do about it! If Shekau comes pleading tomorrow too, we’d give him a ticket to run for Presidency. That’s the summary of Garba Sheu’s tweet.”

“Am I disappointed at the statement of the presidency on Pantami? NO. It was expected. Leadership of our country has been hijacked by a narrow and sectarian cabal with feudal agenda. Did the presidency expect the reactions witnessed here? No. Una shock am,” Lawyer Abdul Mahmud said.

Malachy Odo noted: “Going by the position of the Nigerian government on Pantami, I am sure that over 90% of Prison inmates in this country regret whatever it is they did that took them there and have also renounced them. Why are they still being detained? Why is Rev. King still in prison?”

Fisayo Soyombo argued: “The Presidency was gifted a landmark opportunity to proclaim its aversion to terror. Instead, it released a statement ‘standing by’ Pantami.

“This is tacit endorsement of terrorism. The govt is emboldening people to go ahead & spew hate, & return years later to a pat on the back.”

Freelance Journalist David Hundeyin said: “Your government has released an official statement saying that Isa Pantami has “apologised” for being a terror apologist and therefore it “stands behind” him. I have no words.”

Editi Effiòng tweeted: “The reason I stood and watched this entire Pantami scandal is because I know the Buhari government is beyond redemption.

“If government that has no qualms killing unarmed protesters, what’s the big deal about a minister who supports terrorism