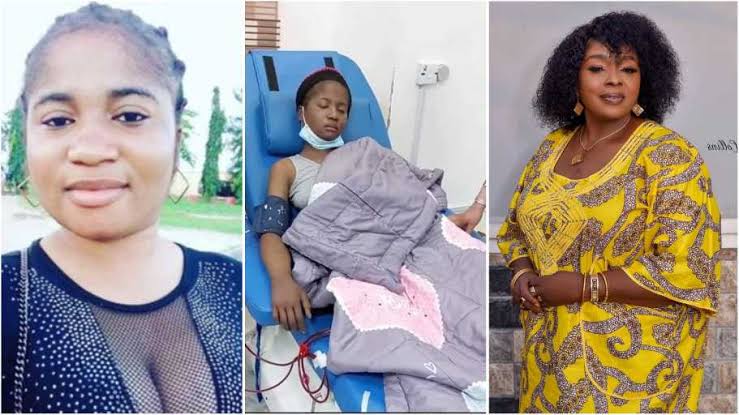 KanyiDaily recalls that Rita Edochie was one of those Ada Jesus had sought forgiveness from before her demise on Wednesday, after battling kidney disease for about a year.

The actress had initially condemned the ailing comedian to death for speaking very ill of her and her reputation, but later bowed to public pressure and forgave her.

Ada Jesus died a few days after Rita Edochie forgave her and angry Nigerians stormed the veteran actress social media pages to rain curses on her for allegedly being behind the death of the ailing comedian.

Reacting on her Instagram page on Thursday, Rita Edochie shared a post she captioned “IN JEEEEESUS I STAND AND I PITY YOU THAT DO NOT KNOW”

In another post on her page, she said “JEEEEEESUS is LORD forever. LORD ALMIGHTY MADE ME A STRONG WOMAN AND THAT I WILL REMAIN. THE SEED CAN NOT BE KILLED”.

Before her death, Asaba based Native doctor, Chi Marine Temple had also forgiven Ada Jesus, and he pleaded with Prophet Odumeje to do the same.