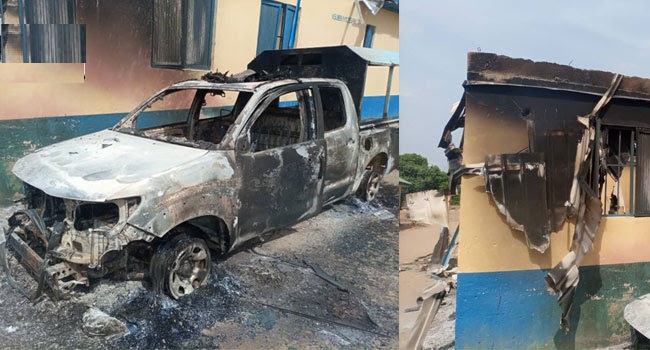 Bandits may have extended their violent activities to the Nigerian Army than fleeing from the military. A gang of bandits on Wednesday took the war to a military base, invading a military cantonment in Zazzaga community in Munya Local Government Area, Niger State.

The bandits during the invasion of the military base in Niger State stole one military vehicle, killed one civilian who was identified as Jacob Auta. The invasion was said to have occurred at about 4.00pm this Wednesday.

The bandits said to be about 100, were armed to the teeth, and invaded the military base riding on motorcycles and shooting sporadically in the military camp.

The military base, including some military vehicles were said to be burnt by the bandits in the operation.

However, soldiers were said to have launched a counter-attack to repel the bandits, but that was after the attackers have burnt the soldiers properties.

There was exchange of fireworks as the soldiers engaged the bandits in gun battle to reclaim the military base. The gun battle was said to have  lasted over an hour before the army could repel the bandits. 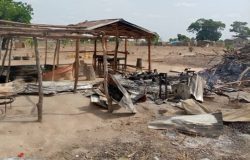 The surviving bandits who were fleeing the scene from the army counter-attack, were said to have carried the dead bodies of their colleagues who were killed during the exchange of fireworks.

The military base was established in 2017 to curtail the perennial attacks by bandits in the community and its environs.

The bandits about two weeks killed five soldiers, personnel of the Nigerian Security and Civil Defence Corps (NSCDC) and a civilian in earlier invasion of a military base at Bassa community, Shiroro Local Government Area. the bandits kidnapped 10 persons, stole seven motorcycles and bunt military vehicles in the attack weeks ago. The invaded communities include Allawa, Manta, Gurmana, Bassa and Kokki, in Shiroro Local Government Area.

Attack on security facilities, including police stations, by gunmen are becoming rampant across the country, spreading from the southeast to the north.