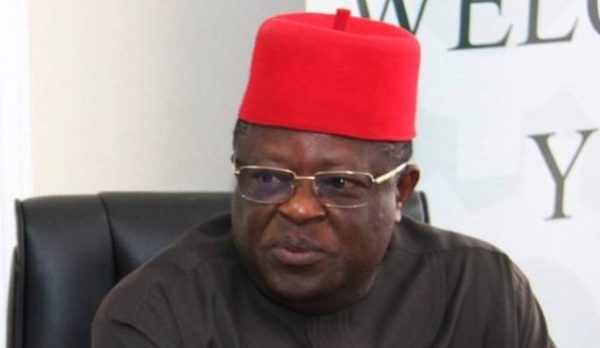 Gov Umahi asks herdsmen to stay away from Ebonyi over violence

The Ebonyi State Governor, David Umahi, on Tuesday asked Fulani herdsmen to stay away from the state as tension rises over recent attacks and killings in the state.

The governor made the call while briefing journalists at the end of the state’s executive council meeting held in Awka, the state capital.

Umahi, who condemned the attack on police facilities in the South-East, told the herdsmen to stay away from the state as their safety is not guaranteed.

He urged leaders and other stakeholders in the South-East to rise up and condemn the killings in the region.

Umahi said: “We are killing policemen, we are burning police station which means that South-East leaders should know that our problem is not just herdsmen.

“We want to put it on record that no herdsman is in Ebonyi State now.

“We didn’t ask them to leave. They left on their own, which means they were privy to the attacks on Ebonyi State.

“I have been begging the national leadership that with what is going on, no state governor is in control of bandits and because of the killing of the defenceless Ebonyi people and their safety, they should not return now.

“There is tension now. We have sent text messages to Miyetti Allah that Ebonyi is under tension and we would not want them to still stay until such a time that the state is safe.”