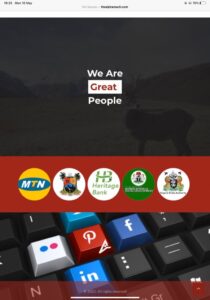 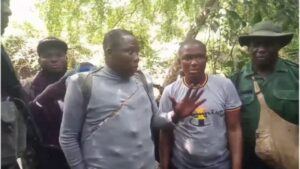 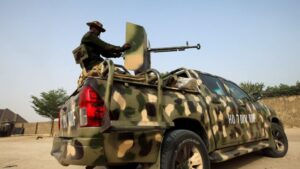 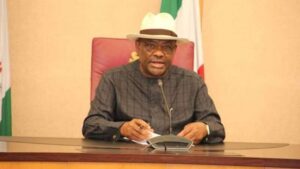 According to a report by Tribune Online, there was a bloodbath in Zamfara State on Friday as some vigilantes stormed Dansadau market in Maru Local Government Area and killed scores of suspected bandits in an execution-style manner.

It was gathered that the vigilantes from Ruwan Tofa and other neighbouring communities carried out the massacre to avenge the killing of three farmers in the area.

A trader who witnessed the incident, Bilyaminu Dansadau, stated that because of the development, many traders had deserted the livestock and grains market.

“From where I was standing, I could see the bodies of the slain bandits in almost every corner of the market.

“As I am talking to you, I am right inside my house. My house is close to the market. We are afraid of the consequences that might follow. In fact, some people have started fleeing to the neighbouring communities.

“The bandits had earlier blocked Gusau-Dansadau Road and forced people to suspend their travels. Commercial drivers plying the road are currently on strike over incessant kidnappings and armed robberies by the bandits.

“When the local vigilantes arrived on Friday, they blocked all escape routes in the community. Some of them stationed themselves at all the exit points of the community while the others headed towards the livestock section of the market to carry out the executions,” he stated.

A resident, Alhaji Yau Dansadau, said some of the embattled bandits took refuge in shops and police stations as well as residential buildings.

As of the time of filing this report, it was gathered that security personnel had been deployed in the area.

The state Commissioner for Security and Home Affairs, Alhaji Abubakar Mohammed Dauran, confirmed the incident adding that security men had been deployed to the area.