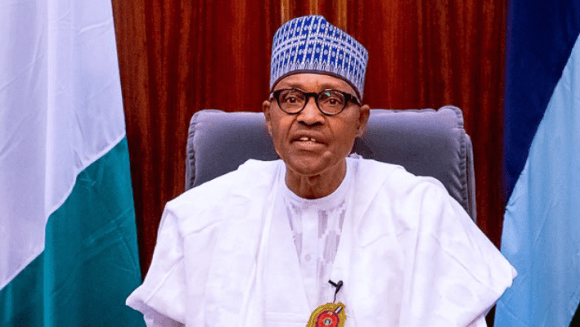 Boko Haram Terrorists Don’t Deserve To Be Killed, They Are Our Muslim Brothers — Minister Isa Pantami

Isa Pantami, President Muhammadu Buhari’s communications minister, previously condemned the Nigerian Army’s incursion into Boko Haram strongholds, calling the rebels “our Muslim” brothers who did not deserve to be slaughtered like pigs.

“Do you see what our Muslim brothers’ blood has become? Mr Pantami lamented in a sermon delivered a few years ago, when former President Goodluck Jonathan ramped up military operations against the raging terror sect, that “even pig blood has more meaning than that of a fellow Muslim brother.”

On Thursday night, the audio was accessed by Peoples Gazette from an unidentified source. Although the exact position of Mr Pantami’s sermon and the number of people who attended could not be determined right away, the words contradicted his recent statements that he had long held a hardline stance against Boko Haram.

Mr Pantami’s media supporters have also been working overtime to portray him as a moderate preacher who has been widely praised for his long-standing anti-Boko Haram sentiments. Mr Pantami also joined his supporters in amplifying a threat issued against him by Boko Haram leader Abubakar Shekau, citing it to dismiss insinuations of his sympathy for terrorists as illogical.

However, in the February 2020 video, Mr Shekau appeared more enraged by Mr Pantami’s betrayal in becoming a top government official after preaching Salafi doctrine for years than by the minister’s alleged criticism of Boko Haram’s deadly activities.

Mr Pantami has long been known as a revered Islamic cleric in northern Nigeria. He used much of his sermons to protest against the government’s tyranny, and Peoples Gazette released a video of him pledging never to work for the government on Thursday. The sermon was given in the mid-2000s, years before President Muhammadu Buhari named him as the head of NITDA in 2016 and then as a cabinet minister in charge of communications in 2019.

“We are praying to God to answer all our prayers. It’s our right and obligation before all Muslim leaders, politicians, government appointees, academics,” Mr Pantami said in his prayers. “All of us should not fold their arms and watch helplessly how they shed our Muslim brothers’ blood and cheat them in vain.”

Mr Pantami said Boko Haram elements should have been treated with dignity as against the deadly military campaign, saying extermination of insurgents amounted to extrajudicial killing.

“Even if the Boko Haram fighters commit a crime, but can we justify the way and manner they are being killed?”

“Just look at how they are killing people as if they are shooting pigs even though they commit a crime, why the extrajudicial killing? Take them before the law for a fair trial.

“You caught someone sleeping and you killed him. If it’s not Muslims that undergo such treatments who else?” Mr Pantami said.

The minister also said the previous administration should have pampered Boko Haram insurgents in the same manner as the Niger-Delta militants. Unlike Boko Haram that has been on senseless bloodshed against Nigerians of every faith and creed, the militants were fighting for a better share of oil wealth explored and extracted from their parts of the country.

After about three years of their violent campaign, which largely involved frequent abduction of expatriate oil workers and exchange of fire with security forces, the militants acquiesced to economic solutions and relinquished their arms in a deal brokered by former President Umar Yar’Adua.

But Mr Pantami disregarded the context of both groups and instead took a parallel position on how the government should respond to them.

“The Niger Delta people did something similar to this. They massacre people, steal weapons, killed expatriates and kidnap some of them,” Mr Pantami said. “Yet, you still accept them back, open a ministry for them, gave them a minister and put them on a monthly salary pay without work.”

“The militants did more harm compared to what Boko Haram boys did,” the minister said. “But why will they do something like this? Why selective justice?”

The audio was part of a series of controversial sermons which Mr Pantami delivered at several worship centres and learning institutions across the northern parts of the country between the mid and late 2000s. The Gazette obtained the audio this week, most of which had already been transcribed and contextualised by an academic journal published online since March 2019.

Calls have now intensified for Mr Pantami to either publicly renounce his statements or step down from office, with some activists arguing that his position as a federal minister in charge of citizens’ data and the country’s telecoms infrastructure had become untenable.

As part of our series, The Gazette reached out to Mr Pantami repeatedly to learn whether or not he had renounced his controversial views but he declined all requests.