Minister of Information and Culture, Lai Mohammed has blamed unpatriotic Nigerians for the decision of top social networking service, Twitter, to host its Africa headquarters in Accra, Ghana.

KanyiDaily recalls that Twitter co-founder, Jack Dorsey, had revealed on Monday that it had finally set up an office in Africa and it would be in Ghana.

Dorsey said they chose Ghana because the country is a supporter of free speech, online freedom, and the Open Internet, of which Twitter is also an advocate.

The development have caused outrage among many Nigerians who feel Twitter’s African headquarters should be located in Nigeria considering the millions of Nigerians who use the social media service.

But reacting on Thursday, the minister, said, “The pasttime of most Nigerians, especially the media, is to find fault and most times exaggerate the challenges the country is facing.

“At no time was this better said as during the EndSARS protests where Nigerian journalists, both tradition and new media, were trying to outdo themselves in painting Nigeria as a hell where nobody should live.”

He towed an argument similar to that of Sterling Bank CEO, Abubakar Suleiman, who had questioned why Nigerians were surprised when they referred to their country as a zoo.

Lai called for patriotism and fair criticism from Nigerians, saying: “When you destroy your own house, where are you going to live? You can imagine the job opportunities that citing that headquarters in Nigeria would have created.

“The natural expectation would have been for Nigeria to be the hub for Twitter especially in this part of Africa, even with the fact that we have 25.4 million Twitter users in Nigeria, against eight million users in Accra. So, clearly the decision was not a commercial and business one.

“But I think Twitter has the prerogative and the exclusive right as to where to site its headquarters. But I hope that this will serve as a lesson to Nigerians.”

“The reasons cited by Twitter for citing the headquarters in Accra, Ghana is that Accra is a champion of democracy and there is rule of law in Accra, among other reasons.

“This is what you get when you de-market your own country. This is a good example that Nigerians should learn better to manage the image of the country.”

“We are not saying that you should not criticise the country but be fair and patriotic. When you destroy your own house, where are you going to live?

“You can imagine the kind of job opportunities that siting that headquarters in Nigeria would have created, the kind of visibility it would have given Nigeria but we destroyed it. It is what the insiders say about their country that the outsider will use to judge and condemn the country,” he stressed.

“And I thank God that the last US report has vindicated the government that no single life… there is no corroboration or evidence that anybody was killed at the Lekki Toll Gate as opposed to majority of the media actually presented. I think this would teach all of us a lesson that we have no country but Nigeria.

KanyiDaily recalls that a former Nigerian presidential aspirant, Adamu Garba, had filed a $1billion lawsuit against Twitter CEO Jack Dorsey over his alleged involvement in the #EndSARS protests. 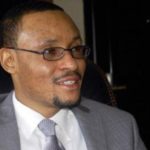 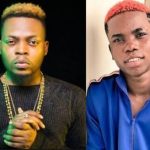 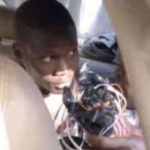 Kaduna Winners Chapel Bomb Suspect Told Us His Name Was Mohammed, Not Samuel – CAN 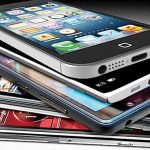