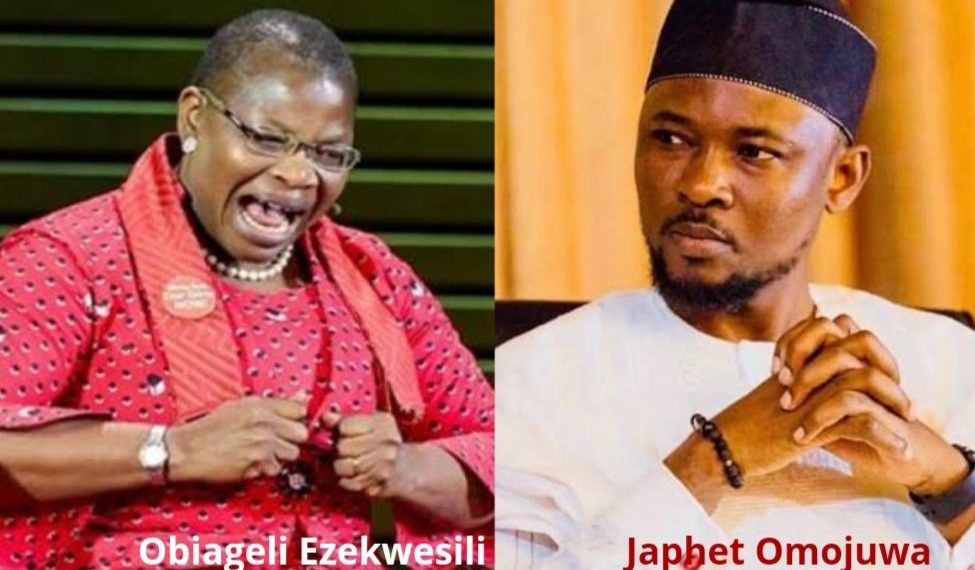 Alex Saab: ‘Stop lying; you gave your consent to be Director of my company’… Omojuwa fires Ezekwesili

Famous Blogger and Twitter Activist, Japheth Omojuwa has responded to the large outcry and letter written to him through the lawyer to the former Minister of Education, Oby Ezekwesili, demanding apology for listing her as a director in his company Alpha Reach.

The letter was issued shortly after Buzzfeed published a report that allegedly expose the role Omojuwa and some other prominent influencers played in the Twitter campaign for the release of Alex Saab, Colombian alleged Fraudster who was recently declared wanted by the United States and currently facing extradition charges in Cape Verde.

In a Document trending on social media and allegedly belonging to Alpha Reach, it was revealed that Kaduna State Governor, Nasir El-Rufai played a role in the Alex Saab Campaign and listed Ezekwesili as a director.

Reacting to this document, Ezekwesili through her lawyer on behalf of Falana and Falana Chambers, demanded an apology from Omojuwa for enlisting her as a director in Alpha Reach without seeking for her permission.

In response, A signed letter from Boonyameen Babajide Lawal for Babalakin said Omojuwa has not infringe on any right whatsoever and he got the consent from both El-rufai and Ezekwesili before listing them as directors in his company.

“Our client sought and obtained your client’s consent before listing her as a Director of the company, based on their close relationship, which you curiously omitted to mention in your letter,” the letter from Omojuwa’s lawyer partly read.

Another part of the letter said, “Both Mallam El-Rufai and your client were listed as Directors of Alpha Reach Company Limited when it was registered in 2012, with their full consent. Likewise, our client recalls being seated at the suite of a respected man of God at the Transcorp Hilton in Abuja, trusting your client with some very personal and painful stories. At a point in our client’s life, your client was his most trusted person and confidant. Some people can attest to this fact, and they will, at the appropriate time and forum.”

The letter also partly read that “Clearly, your client is a successful public figure with whom our client had a close relationship. It is reasonable that our client wanted to leverage her reputation to advance the company he promoted. It was not until 2015 when it was certain that HE Mallam El-Rufai was going to become the Governor of Kaduna State and the likelihood that your client could be appointed a Minister by the then President-elect Muhammadu Buhari GCFR, that they both were removed as Directors of the company. You might recall that your client honoured the ruling party’s invitation to deliver a keynote speech at a public forum in Abuja in 2014, and there was a general expectation that she would play a role in President Buhari’s government. Indeed, your client leaned on our client to publish and distribute her speech at the APC forum,” the letter said.

“In your letter, you requested full disclosure of documents. Our client is very much willing to disclose documents relating to the period between September 2012 and April 2015, when your client was a Director of the company. However, given how your client and her family shared the letter under reference on social media (in clear demonstration of bad faith) after our client had already acknowledged receiving it, your client and her family could not be trusted not to disclose the company’s sensitive corporate information if it is made available to her. Our client would only make those documents available to your client upon a written undertaking that the documents would be treated with utmost confidentiality,” the letter said.