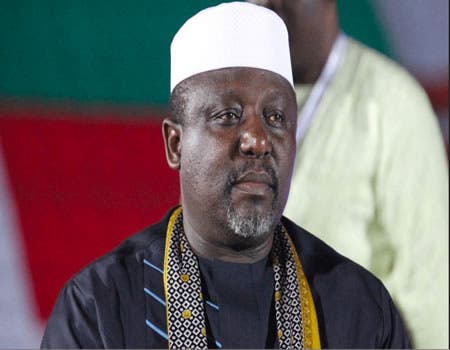 Why EFCC arrested Okorocha in Abuja

The former governor, it was learnt, was arrested in his Abuja residence by the operatives, who were said to have been on his trail for some time.

A source in the commission informed the Nigerian Tribune that the former governor was arrested following his failure to honour several invitations sent to him to report at the anti-graft agency’s headquarters in Abuja.

“EFCC resorted to his (Okorocha’s) arrest following his refusal to honour invitations sent to him. Many invitations were sent to him to report at the Abuja headquarters but he failed to do so. Before his arrest today (yesterday), our operatives have been on his trail for some days,” the source told Nigerian Tribune.

EFCC’s Head, Media and Publicity, Wilson Uwujaren, confirmed Okorocha’s arrest to Nigerian Tribune, saying that, “it is true he was arrested today. He is with us now.”

As of the time of filing this report, the former governor was still being questioned by interrogators and it is uncertain if he would be granted administrative bail to go home.

Though Uwujaren did not reveal the reason behind his arrest, sources informed that the senator had been on the anti-corruption commission’s radar since he left office in May 2019 and in July 2019, it sealed off some properties linked to the former governor, his wife and daughters in Imo State.