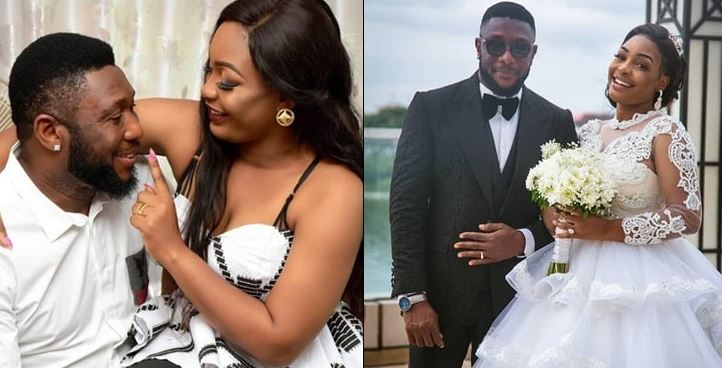 Nigerian movie producer, Tchidi Chikere and his wife, Nuella Njubigbo, took to Instagram to share a video of themselves in bed to debunk the divorce rumours.

Tchidi Chikere took to his social media page to share videos of himself with his wife in bed, as they reacted to the rumoUrs that have been going around social media, after he and his wife, Nuella unfollowed each other.

In the video , he wondered if it was a prerequisite for them to follow each other on social media.

You would recall that Tchidi‘s ex-wife, Sophia Williams took to her social media page to mock him and his wife. Sophia said,

“Wetin dey happen to one love made in heaven?” Sophia asked, adding, “Just asking for one friend who is not on Instagram. E choke.”

Her fans did join her in mocking them and this has become a topic of discussion on social media.

Back in 2012, after Tchidi Chikere’s divorce from Sophia, he later started dating actress, Nuella Njubigbo, which raised some rumors that he left Sophia for Nuella because she was pregnant.