Nollywood actress, Rita Edochie has bowed to pressure and forgiven comedienne, Mercy Ada Jesus, who is currently down with a stroke, after she initially condemned her to death.

Ada’s woes started last year when she suffered an ailment that got her paralyzed and unable to speak after she came down with kidney problem and stroke which appear to have defiled all medical treatments in 2020.

While many prayed for her quick recovery, others advised her to go and ask for forgiveness as they claimed she has been abusive to pastors, native doctors and many notable people in most of her videos and that her sickness may not be ordinary.

People had adviced her family to go and plead with some people she offended with her post on Facebook and got cursed by them to avert the curses laid on her.

Some of the notable people she had called out in some of her videos are; Popular native doctor, Chi Marine Temple, Prophet Chukwuemeka Odumeje, and popular Nollywood actress, Rita Edochie.

Ada had accused Odumeje of faking miracles, alleging that she and Rita has been helping to bring people to fake miracles for the prophet. She went further to accuse the actress of having an affair with Prophet Odumeje and that she is a lasbian.

But when she was brought Odumeje’s church to beg for forgiveness, the Prophet vowed never to forgive her until she brings those he supposedly ‘connives’ with for his alleged fake miracles.

Rita Edochie on the other hand stated that Ada will never get up from her sick bed, adding that the comedienne will die from her ailment so that others can learn.

Prophet Odumeje and Rita Edochie’s actions were publicly condemned by many social media users who blasted them for not acting like true Christians.

The actress finally bowed to pressure and revealed that she has forgiven Ada Jesus in a video shared on her Instagram page.

Sharing the video, Rita Edochie said that the comedienne’s predicament has vindicated her from all the lies she spread about her and Prophet Odumeje, asking her to pray to God for forgiveness and healing.

She wrote: “ADA JESUS I HAVE FORGIVEN YOU.

“I am happy that the WHOLE WORLD has seen that Ada Jesus framed all SORTS of LIES and HEAPED on ME. I have been VINDICATED by Ada’s PREDICAMENTS. The good LORD has FOUGHT my BATTLE for me.

“As a RESULT of PLEADINGS from people, PARTICULARLY my FANS, i have FORGIVEN her.
Let HER beg GOD for FORGIVENESS and HEALING.”

Meanwhile, Asaba based Native doctor, Chi Marine Temple has also forgiven Ada Jesus, and he pleaded with Prophet Odumeje to do the same. 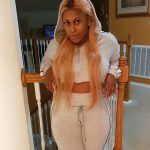