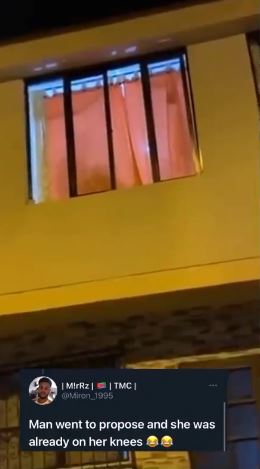 A video has surfaced online showing the moment a man was left in pains after he caught his girlfriend cheating while intending to propose to her.

In the video which has a Latino setting,  the man who arrived at his girlfriend’s apartment with musicians caught her giving a blowj*b to an unidentified man.

She was seen at the end of the video looking out from the window and quickly withdrawing after spotting her boyfriend.