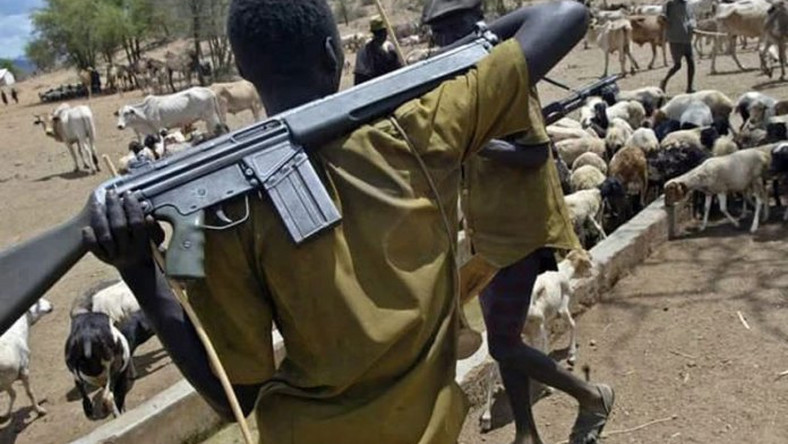 The Miyetti Allah Cattle Breeders Association of Nigeria (MACBAN) have said herders resort to crime because of ignorance and poverty.

This was stated by the Secretary-General Othman Ngelzarma

He said the herders were reduced to poverty due to the stealing of their cattle.

According to Ngelzarma, he said the criminal herders have backers and that the solution is to settle the herders in a geographical location and educate them.

“The merchants take advantage of the ignorance of the young Fulani and their poverty to engage them crime”.

“Crime is everywhere. When you catch criminals, you always get Fulani among the group because of their lack of education, their ignorance and their poverty”.

“We all see on social media when these herders who are engaged in crime are asked about how much was given to them out of millions collected from their victims, they would say N30,000, N40,000. This is to show that some big merchants are behind this.”

Also, Ngelzarma said herders who are legitimate are now living in fear

“Most of the Fulani especially in the South are only grazing the cattle for other people; the cattle are not theirs.

Ngelzarma said there was the need ‘to begin to settle the pastoralists in one place because that is the only solution that will take us out of these problems”.

He continued, “when they get settled in a place, it will become easier for the government to educate them”.

“As it is now, they don’t enjoy anything from the government while they contribute more than most to the government because they supply nutritional needs to the Nigerian population”.

“Cattle contributes six per cent of the country’s GDP and if the government wants to settle them, we have the land”.

“If these can be utilised, it is enough to settle these landless people. The pastoralists are landless. They stay in a place and when development comes they move and leave the place. This is a very big challenge”, Ngelzarma stated.

The former Minister for Agriculture, Mr Audu Ogbe said the government will keep addressing the crises

“When we spoke of RUGA the last time, people were very angry. Meanwhile, RUGA is not a Fulani word; it is an acronym of an English word, Rural Grazing Areas introduced by the British in 1946″.

“It was the British who saw this coming – that there is a need to put cattle in a good place where we can give them water and grass and secure them so we can get better meat and milk”.

“Kaduna, Kano and Niger have already offered land where we can put the cows. It’s about government developing the land”, Mr Audu Ogbe said.