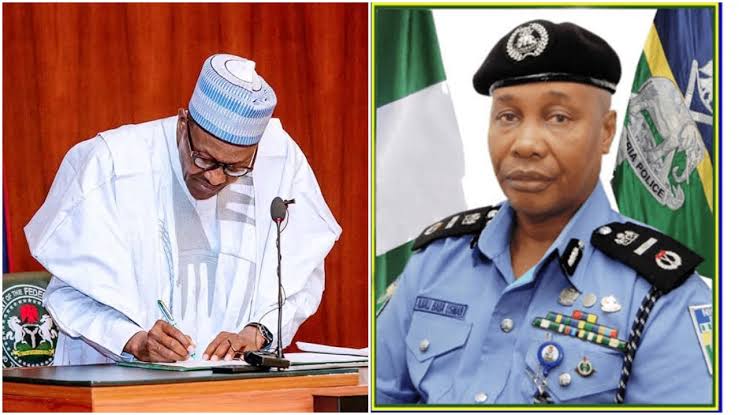 President Muhammadu Buhari on Tuesday approved the appointment of Usman Alkali Baba as the acting inspector-general of police (IGP).

The minister of police affairs, Muhammed Dingyadi, announced this while briefing journalists at the presidential villa on Tuesday, April 6, 2021.

According to him, the president said Alkali should replace the outgoing IGP, Mohammed Adamu with immediate effect.

Until his appointment, Baba was the deputy inspector-general of police, force criminal investigation department, force headquarters.

KanyiDaily recalls that President Buhari had on February 4, extended the tenure of IGP Mohammed Adamu for three months. Adamu has spent two months and three days.