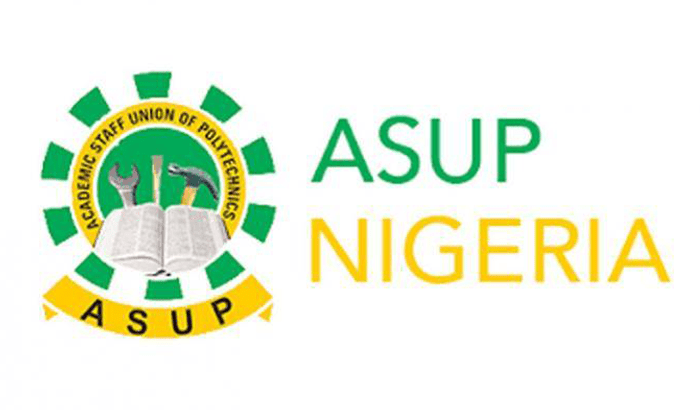 The Academic Staff Union of Polytechnics (ASUP) on Tuesday embarked on an indefinite strike over the federal government’s failure to implement some agreements reached with the union.

Anderson Ezeibe, ASUP President, made this disclosure in a press briefing in Abuja on Tuesday.

The federal government had earlier convened an emergency meeting with the Academic Staff Union of Polytechnics (ASUP) to prevent the union from downing tools.

The lecturers had been threatening to go on strike way back in January, People’s Gazette reported.

The emergency meeting was scheduled for April 6 at the ministry of education headquarter in Abuja.

Citing the non-implementation of 2014 NEEDS Report, however, Mr Ezeibe said the union is downing tools from April 6.

“Our grievances also include the non-reconstitution of governing councils in federal polytechnics and many state-owned institutions leading to the disruption of governance and administrative processes in the institutions since May, 2020,” Mr Ezeibe said. “This has also undermined the renegotiation of the union’s 2010 agreement with the government which was unilaterally suspended by the government for over two years now.”

This strike comes barely four months after the Academic Staff Union of University (ASUU) called off a nine-month-old strike over demands for improved remuneration and working conditions.

The National Association of Resident Doctors is currently on strike as President Muhammadu Buhari vacations in a UK hospital.

Meanwhile, civil servants in the Federal Capital Territory, Abuja, are set for a face-off with the Buhari regime as various federal civil service unions plans to go on strike.

The unions, Joint Unions Action Committee (JUAC) in the Federal Capital Territory Administration (FCTA) and Federal Capital Development Authority (FCDA), said they were going on strike over the non-implementation of the FCT Civil Service Commission Act.