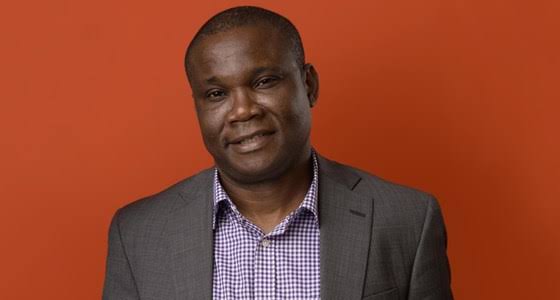 NIGERIANS, especially members of the civil society, are mourning the death of  former Head of Ford Foundation in West Africa Innocent Chukwuma, who died of Acute Myeloid Leukaemia, an aggressive cancer of the blood, on Saturday.

Chukwuma was, until his death, a well-known voice in the civil society, having founded CLEEN Foundation to bolster justice, public safety and security in West Africa.

In a statement, President Muhammadu Buhari described Chukwuma’s death as a loss of a credible voice of transparency.

Buhari said in the statement signed by Senior Special Assistant to the President on Media & Publicity Garba Shehu on Sunday that Nigeria would miss him.

According to Buhari, Chukwuma was working actively with the administration through the civil society organisation CLEEN Foundation to monitor the spending of the last tranche of $311 million repatriated funds recovered from former Head of State Sani Abacha.

The president, while mourning his death, lamented that he died at a time when the nation needed him.

“His demise will be badly felt because of his great contributions to our efforts to ensure transparency and good governance under our democratic system”, Buhari said.

The President said Chukwuma would be remembered for his remarkable record and dedication to the cause of good governance, transparency and accountability in Africa.

Former Executive Chairman of the National Human Rights Commission and Professor of Law Chidi Odinkalu, who announced his death, said he died on Saturday evening.

According to Odinkalu, the proximate cause of his death was Acute Myeloid Leukaemia, diagnosed end-stage.

He added that the civil society guru, who was 55, had no chance by the time the diagnosis came through.

The news of his death came barely 24 hours after the death of Yinka Odumakin, a human rights activist and former Spokesperson for the Afenifere, a Yoruba socio-cultural group.

Further reacting to Chukwuma and Odumakin’s death, Odinkalu lamented that the nation had lost Anyakwee Nsirimovu, Wisdom Durueke,Yinka Odumakin, and Innocent Chukwuma in a matter of months, eulogising them as belonging to a generation of selfless struggle & sacrifice.

Senator Shehu Sani, who was President of the Civil Rights Congress of Nigeria (CRCN), said Chukwuma’s death was “another tragic loss of a patriot,” saying that death had taken away one of the brightest.