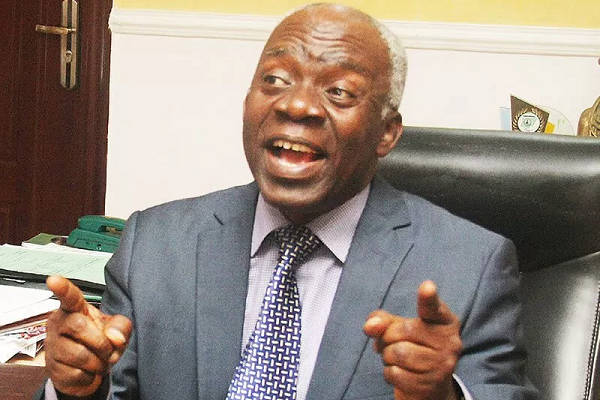 The constitutional lawyer told reporters on Sunday that the country is dealing with a slew of issues that need immediate attention.

Instead of asking the police to arrest and potentially detain Igboho, he believes the Buhari administration should take immediate action to counter reports of lopsided appointments and armed herdsmen attacks on farmers.

He said the Buhari administration should address the country’s growing insecurity, emphasizing that the counter-insurgency war should include armed herders and bandits.

In other reports, Iba Gani Adams, the Aare ona kakanfo of Yorubaland, has requested that the Inspector General of Police (IGP), Mohammed Adamu, redeploy Mrs. Ngozi Onadeko, the Oyo state Commissioner of Police.

Note that the Oyo State Police Command detained and charged three members of the Oodua Peoples Congress (OPC) for allegedly arresting infamous Fulani warlord Iskilu Wakili and setting fire to a house with a woman inside.

Awodele Adedigba, Dauda Kazeem, and Hassan Ramon, three members of the OPC, are reportedly detained on six counts of conspiracy, arson, and murder.

Gani Adams blamed the Oyo CP for the three members’ detention in a statement released on Sunday by his Special Assistant on Media, Kehinde Aderemi.

“The Alaafin of Oyo, Oba Lamidi Adeyemi III, expressed concern about the spate of insecurity in the state last week,” he added. Kabiesi bemoaned the fact that over 70% of farmers in Oke Ogun, Ibarapa, and the surrounding areas were afraid of being abducted and killed by bandits and criminal Fulani herdsmen.

“Based on what Kabiesi has said, there is no question that the state is in imminent danger. If farmers are unable to return to their crops, the state will face drought and food shortages.

“I advise IGP Adamu and the police service commission to redeploy the Oyo CP.”