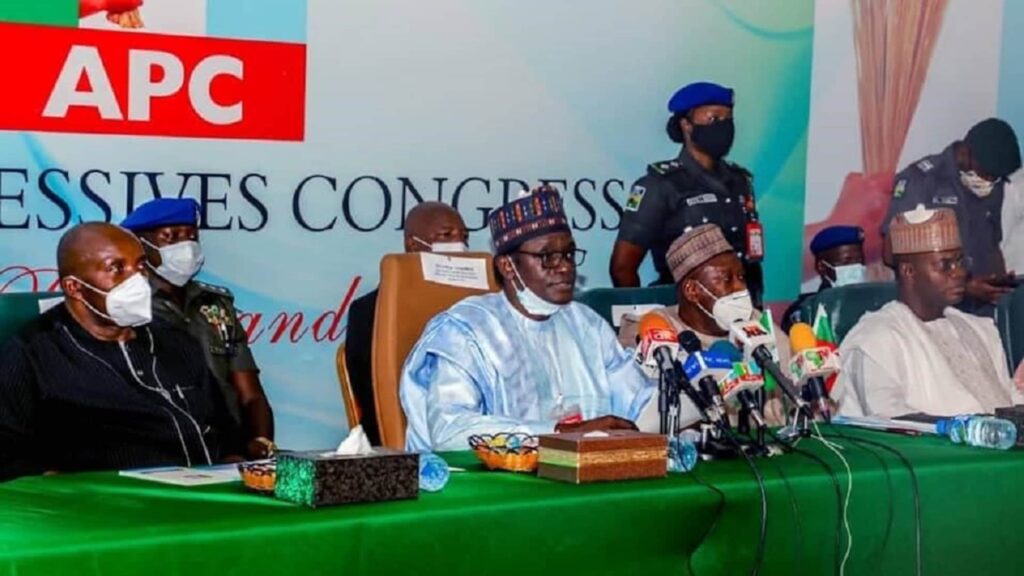 State chairmen of the All Progressives Congress (APC) on Thursday, April 1 demanded immediate conduct of the party’s congresses to pave the way for the national convention to usher in a new National Working Committee (NWC) of the party.

The party chairmen, under the auspices of the Forum of State Chairmen of the All Progressives Congress, told journalists in Abuja that it was time for the party to hold the national convention, billed for June, after the conclusion of the membership revalidation and registration. 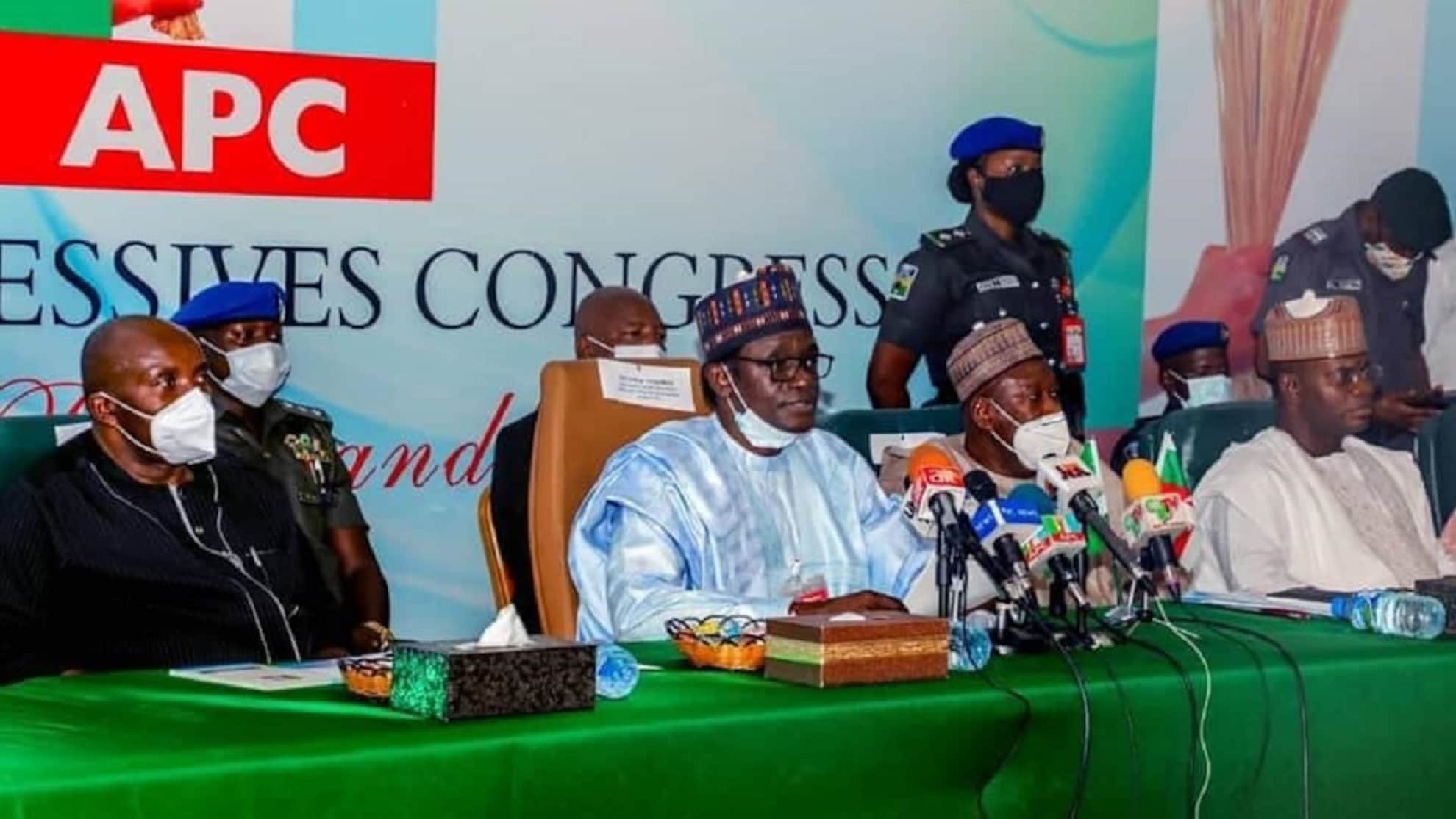 The chairman of the forum and APC chairman in Borno state, Hon. Ali Dalori, said at a press conference attended by a Legit.ng reporter that the membership drive had increased the base of the party.

“Thus, after the conduct and conclusion of membership registration/revalidation exercise, we urgently call for the immediate conduct of congresses and convening of the national convention; and to allow for the completion of all other tasks assigned to the committee by NEC within the time frame.”

He stated that the ruling party had witnessed a tremendous turnout of Nigerians and a mass increase in the party’s numerical strength in the last few months.

He added that it was only proper that the party allowed the exercise to conclude the whole process.

However, contrary to expectations that the membership drive would’ve been concluded this week as originally planned, the national caretaker/extraordinary convention planning committee of the party extended it again, by three weeks. 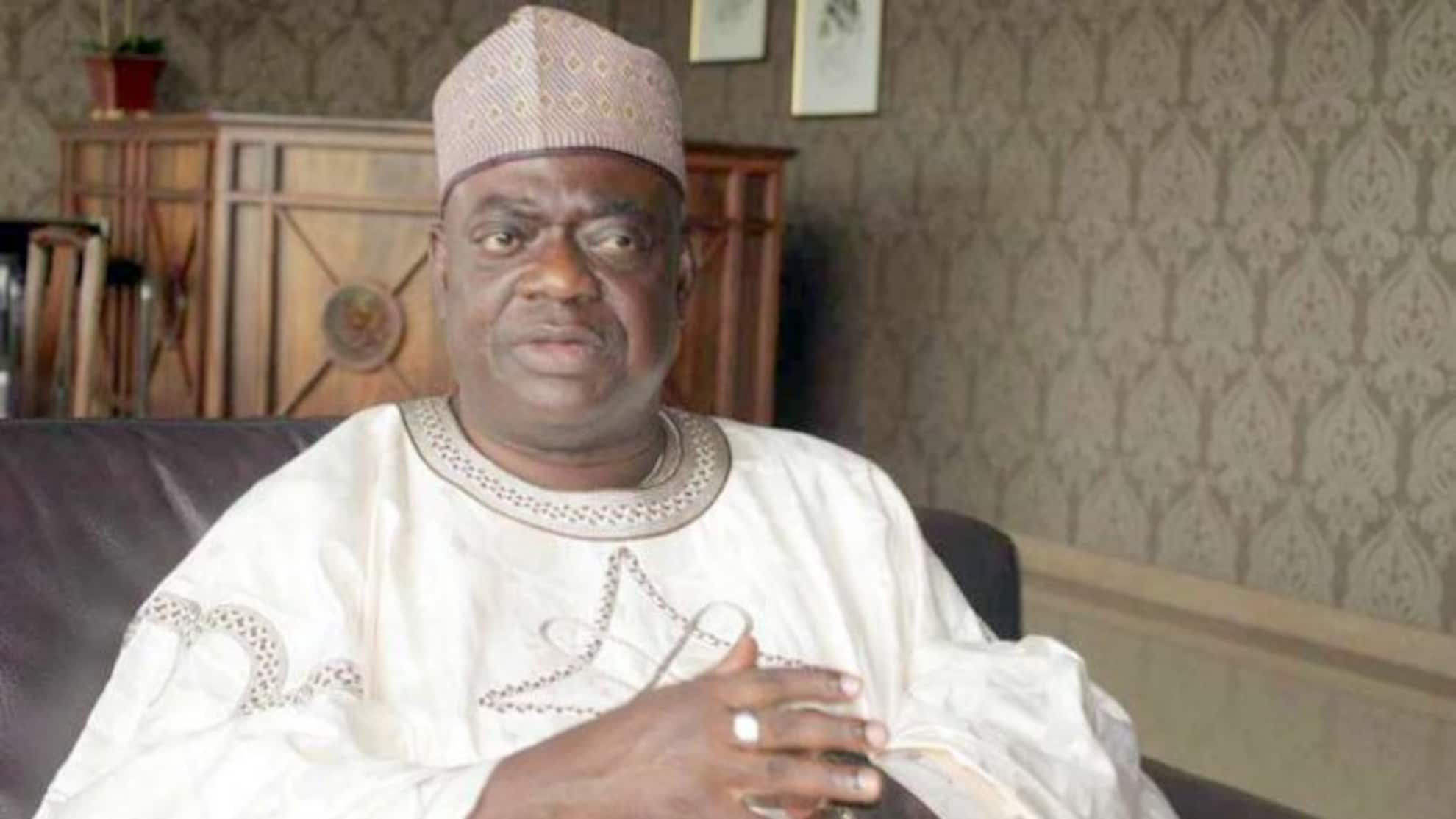 A statement from the party’s national secretary caretaker/extraordinary convention planning committee, James Akpanudoedehe, hinged the postponement on late commencement of the exercise in some states.

Part of the statement sent to Legit.ng read:

“The audit of the reports received from the national membership registration, revalidation and update committee, states’ registration committees, and that of our situation room indicates that most states for varied reasons started late, and require additional time to conclude the exercise.

“Consequently, the CECPC has approved the recommendation of the national committee for membership registration, revalidation, and update to extend the duration of the exercise for three weeks.”

Legit.ng had earlier reported that dissatisfaction is growing in the APC over an alleged plot by some party chieftains to further extend the tenure of the Governor Mai Mala Buni-led caretaker committee.

Some interest groups are said to be warming up for a showdown should the Buni-led committee renege on its mandate to conduct a national convention in June 2021. 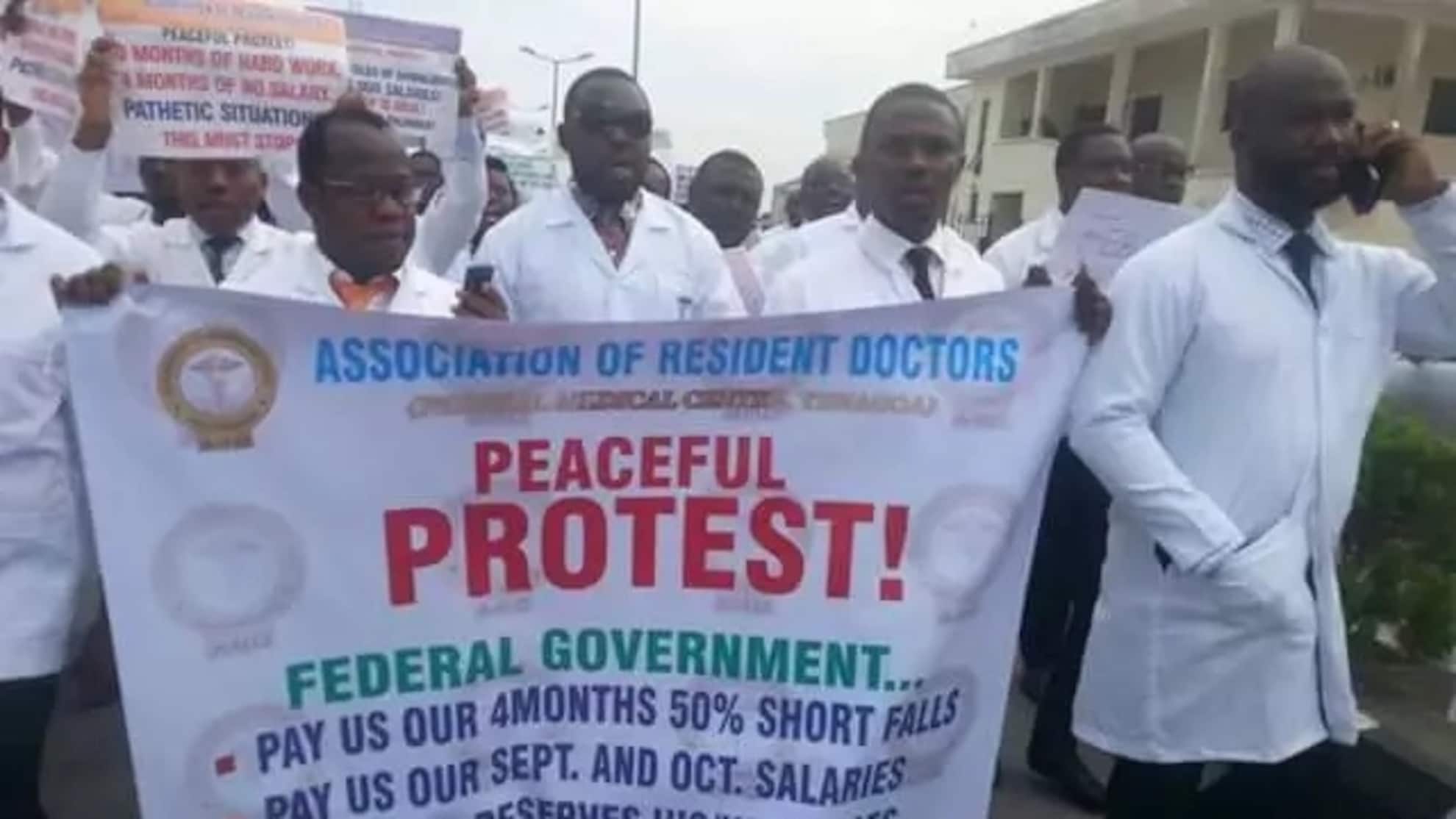 Recall that some aggrieved chieftains of the APC had planned to scuttle the membership registration and validation exercise in all state chapters with lawsuits.

Rancorous contestation has trailed the exercise in many states, with many chieftains claiming it is a ploy to push them out of the party.