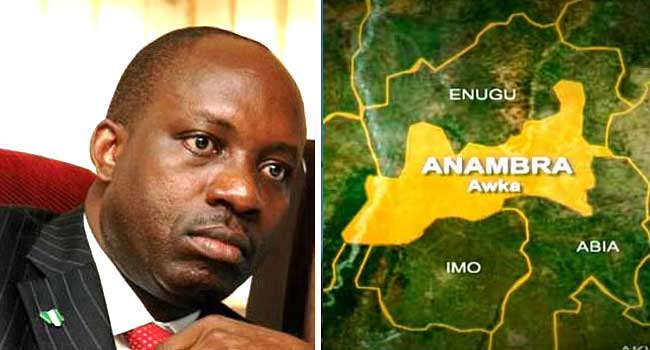 Anambra attack: No office is worth the blood of even a chicken – Soludo

A former Governor of the Central Bank of Nigeria, Prof Chukwuma Soludo, has reacted to the attack on him by some gunmen in Anambra, saying that no office is worth the blood of even a chicken.

His remarks come 48 hours after gunmen had opened fire during a town hall meeting at the Isuofia community in Aguata Local Government Area of Anambra State, killing three of his security aides.

The former CBN Governor during an interview on Channels Television’s Politics Today said, he was shocked and wondered why anyone would want to attack him because he is friends with everybody contesting for the position of office.

“I am friends with virtually everybody contesting for the office.

“I don’t think it is worth the blood of even a chicken let alone that of a human being. So I will be shocked that it was politically motivated and it was aimed at me directly.

“But part of the thing fuelling this is the abduction because the person they abducted has a relationship with me and the government of the state”, he explained.

Soludo narrating his ordeal said the operation lasted for about 10 to 15 minutes of continuous gun battles.

“When it was all over, it took several minutes, 10 or 15 minutes of continuous gun battles going back and forth of stopping, starting again,” Soludo said.

“By the time we all came back, we saw three bodies lying in the pool of their blood. They were the three policemen. May God grant their soul eternal rest.

“At first I thought, maybe the policemen were shooting in the air. Until I began to hear people screaming and all of that and everybody just scampered for safety.

“Just as I was about to wrap up the town hall meeting and said finally for them now to open up for comments and answers, there were gunshots.”

He described the attack as senseless and commiserated with the families of the slain officers, promising to support them.

Meanwhile, the police authorities have arrested about five suspects in connection with the attack on Soludo.

On Thursday Ikenga Tochukwum, who is the Police Public Relations Officer in the state, confirmed the arrest of a suspect, adding that the assailants abducted the Commissioner of Public and Utilities in the state, Emeka Ezenwanne.

The arrest was made on Thursday – a day after the incident during which three policemen were killed at the Isuofia Civic Center in Aguata Local Government Area of the state.

According to the Police Public Relations Officer in Anambra, Ikenga Tochukwu, the suspects confessed to have actively taken part in the attack and subsequent abduction of the Commissioner for Public and Utilities, Emeka Ezenwanne.

He noted that the police were working assiduously to rescue the commissioner and making efforts to apprehend other fleeing suspects and unravel the circumstances surrounding the incident.