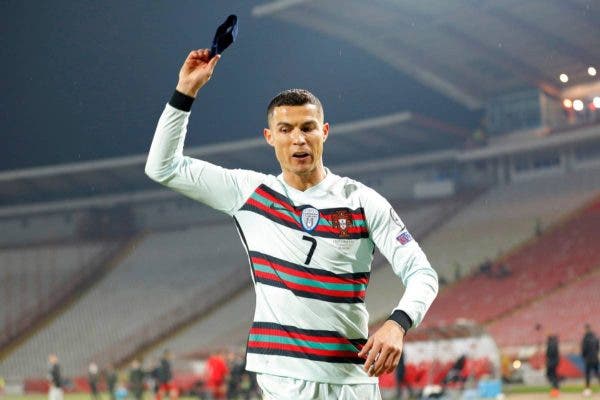 An armband thrown away in annoyance by Cristiano Ronaldo after his goal was disallowed has raised a staggering 64,000 euros (N28.6 million)  at a charity auction.

The bid it was gathered was made by an anonymous bidder.

With seconds to go, Ronaldo thought he had netted the crucial winner at 2-2, when the ball appeared to cross the goalline before Stefan Mitrovic cleared.

But without VAR in use, the goal was not awarded.

A furious Ronaldo received a yellow card for his protests and at the final whistle, as he stormed from the pitch, he threw his captain’s armband to the ground.

Djordje Vukicevic, a local firemen who was deployed at the stadium, picked it up and immediately contacted a regional sports channel with the idea of auctioning it for charity.

The referee later apologised to Portugal for the mistake.