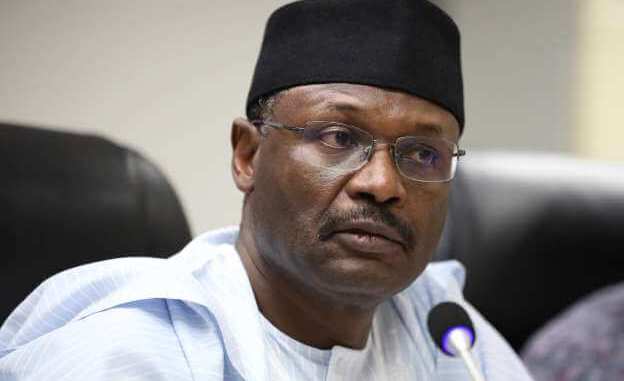 INEC Chairman Professor Mahmood Yakubu, who stated this at a press conference in Abuja, said the exercise would span one year ending third quarter of next year.

He, however, said emphasis would be on Anambra state where more centres would be established in view of the governorship elections already scheduled for Saturday 6 November 2021.

Yakubu said the CVR in Anambra would  be suspended  August 2021, adding that this would enable the commission to clean up the data for the state and print the permanent voter cards (PVCs) for the registrants.

“Effective from Monday, 28th June, 2021, the CVR exercise will commence nationwide and carried out continuously for over a year until the third quarter of 2022.

“This will enable the Commission to clean up the data for the State and print the PVCs for registrants. As time goes on, the commission will provide more details on the CVR exercise, particularly the innovations that will ensure a safe and stress-free experience for registrants.

“In doing so, we will fully consult stakeholders. In fact, the first in the series of these consultations will take place after the Easter break,” he said.

Before the recommencement of the CVR, INEC chairman also said the expansion of voters’ access to polling units would be May 11, 2021, building and testing the online registration portal May 15, arrival of the new generation of registration devices, the IVED May 31, as well as the recruitment and training of voters’ enrolment staff which takes place 14th June.

He listed those qualified to include “all Nigerians who turned 18 years of age, any registered voter who had issues during accreditation at previous elections and all voters who wish to transfer their voting locations from their present one to another.

The INEC chairman also stressed that the National Identification Number (NIN) would not be mandatory for the CVR but would only be one of the means of identification for those intending to register.

Other admissible means of identification, according to the INEC chairman, are birth certificate, drivers licence and international passport amongst others.

He stated that the commission was migrating the Voter Enrolment Device (IVED) which is based on Android tablet, instead of the Direct Data Capture Machine (DDCM) which he said served the commission for over 10 years.

According to the INEC chairman, the CVR which was supposed to commence first quarter of 2021 as earlier promised was delayed due to three cardinal reasons, including the establishment of new systems that would ensure safer CVR exercise in the context of the COVID-19 pandemic.

“In this regard, the commission is building a new online registration portal that would enable new registrants to commence registration online and subsequently complete the capture of their biometric data at designated registration centres. This is designed to reduce crowding,” the INEC boss further said.

“The second reason is the Commission’s determination to expand voter access to Polling Units. In addition, many of the polling units are inaccessible to voters, especially Persons With Disability (PWDs), and are not conducive to implementing the commission’s election regulations, especially in the context of the COVID-19 pandemic.