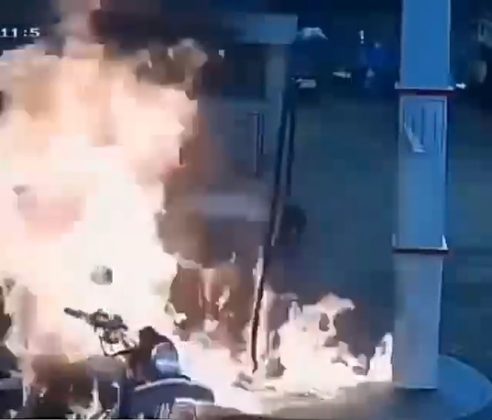 A bike man was forced to take to his heels after a petrol pump caught fire while dispensing its content.

It was gathered that the fire happened after the bike man refused to turn off his engine while the attendant sold fuel in his tank.

A video making rounds on social media capture the moment a fuel dispenser caught fire while the attendant sold fuel into a bike.

Before the fire struck, the bike man was seen revving his engine despite the warning of turning off the engine before buying fuel.

just as the pump attendant was done, the bike caught fire, leaving the filling station burning.