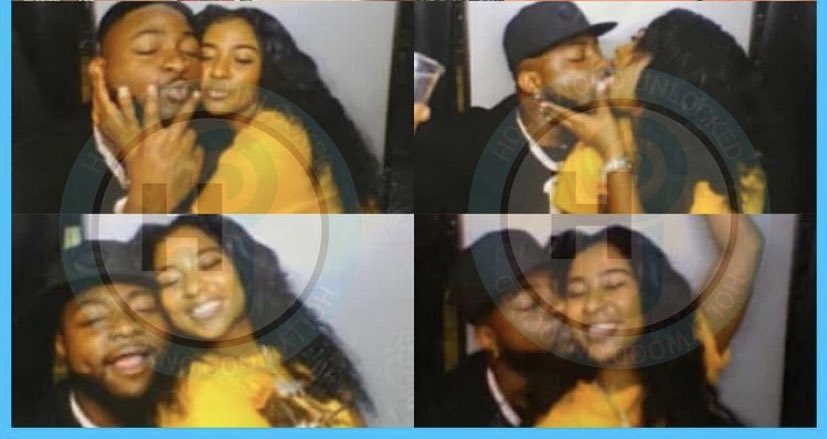 It will be recalled that reactions sparked a few weeks ago when Davido and Yafaii were spotted holding hands in Sint Maarten, a small island in the Caribbean, that is part of the Kingdom of Netherlands.

But this time around, they were pictured sharing a French kiss, leading to speculations that Davido might have got himself a new girlfriend after initially promising Chioma ‘assurance.’

Below are some of the reactions of fans on Twitter after the pictures emerged.

Davido don carry Chioma Handicap. He was seen kissing Mya Yafaii in a picture flying round the internet pic.twitter.com/JoQRV9HP29

Because Davido sang Assurance for Chioma that time, na thier relationship make sense pass, do u still want it now? No go dey build ur life with Saka ur destined husband pic.twitter.com/2nckfqeIf3

Somebody said chioma assurance keep turning into endurance what a life 😂

Can you see Davido and Chioma? Are you learning?

So make we dey wait for the water wey go carry Davido go.

“If I ever leave o, make water carry me go faraway”😂
He carry Chioma handicap! pic.twitter.com/bFbLNpqW8G

People kiss well in musical videos , even movies too. Flavor kissed chidinma in a musical video, nobody said anything , why’s Davido different ? He’s a singer and an actor but he’s also a human, Give the man some breathing space … he is not cheating on Chioma !! 🙄

It was Peruzzi that wrote assurance,
So technically Davido wasn’t the one that promised Chioma assurance 😂 pic.twitter.com/dmLzx8Zl6V

If you think Davido is cheating on Chioma cus of the pictures you saw, toh na you sabi o
Davido is not a cheater, cheater is not Davido
Y’all wait for the music video of those pictures, the song go make sense 🔥🔥

Davido can never cheat on Chioma, those pictures are definitely from a movie scene, y’all don’t forget Davido is not only an artiste, he’s an actor too.

I can’t wait for the movie to drop, definitely going to be a blockbuster.

Davido stans believe he didn’t cheat on Chioma, He just has a relationship with another woman.