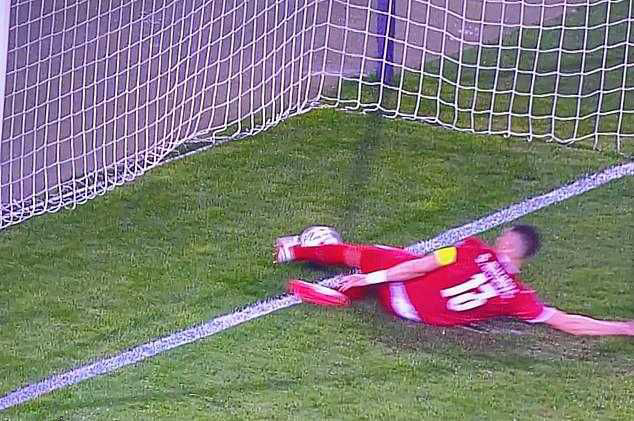 With the match at the end, Ronaldo appeared to have secured all three points for Portugal.

Serbia Defender Stefan Mitrovic raced to clear the off the line, but the ball was already in the net.

The referee decided not to award the goal to Ronaldo and it caused reactions from the Portugal team.

‘I have apologised to the Portuguese national team, and coach, Mr. Fernando Santos, for what happened,’ Makkelie said to Portuguese newspaper A Bola.

‘We always work hard to make good decisions as a refereeing team. When we got in the news like this, we are not happy at all.’