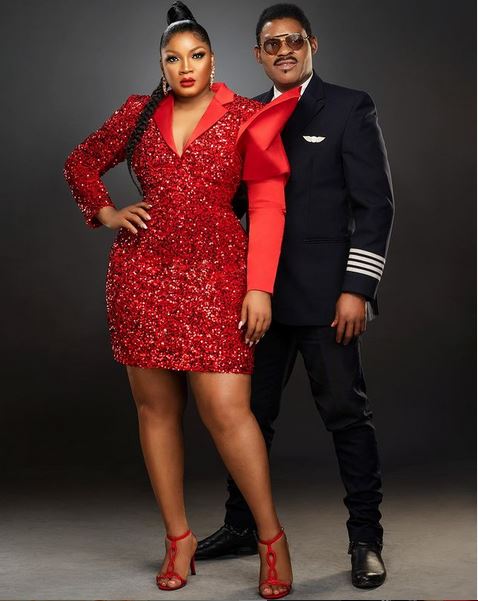 How Actress, Omotola And Her Husband Kept The Nuptial Fire Burning For 25 Years

There is an age-long cliche that celebrity marriages never last. That is the cliché being echoed around the world.

From Hollywood to Nollywood victims of high-profile marriages abound. But for Nollywood superstar, Omotola Jalade-Ekeinde and pilot husband, Captain Matthew Ekeinde it has been a roller-coaster journey of joy, love, bountiful harvests and enduring romance. Albeit, not without some ups and downs.

Omotola was only 18 years old when the Captain (28) sought her hand in marriage. He was just a young pilot besotted by a Nollywood starlet with prospects. The enamoured Matthew Ekeinde knew what it all entailed to be married to an enchanting beauty courted by desires of all and to cap it all, young Omotola herself was a fiery prospect (still is).

She recalled in one of her several posts to mark the 25th wedding anniversary on Tuesday: “I was told severally. He was told by my mum that I wasn’t the marrying type and I truly also believed.”

An unusual couple they set out to be but nonetheless set to pay the price where it needed to be paid. As Omotola fame grew in tandem with her fortune, she became a superstar that would have been too big to handle by any man. But Captain Matthew Ekeinde knew the price to pay. Instead of allowing his ego to rule, he gave in to love and understanding, for that, is the real stuff true love is forged.
Omotola in an interview gave a picture of the understanding that exists between her and her husband, which to many African couples and parents would have seemed inappropriate.

“Earlier in my career, I used to go with him but I’d stay in the car because our cars are tinted, so I’d stay in the car. But then, one time we went to Tejuosho and someone found out I was in the car it became a major security risk, so he said don’t ever go with me again. He goes and he has fun and he comes back home, and I do the cooking, so you see we strengthen each other,” she had added. 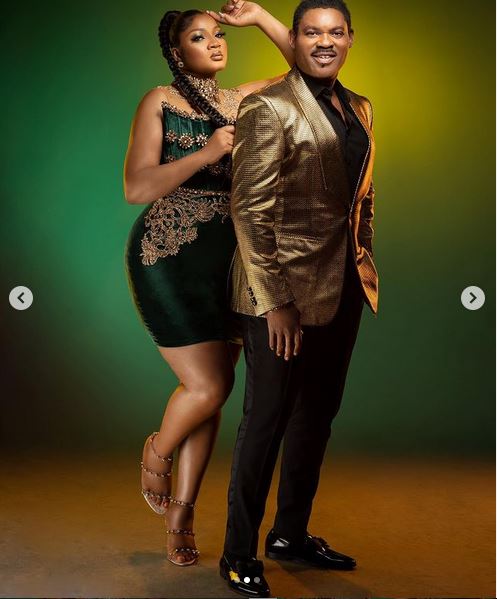 Omotola had also confessed that not many men would have been able to stand her personality, adding she probably wouldn’t have married if she had not been so lucky to have had somebody like Captain Ekeinde.

She said, “ I don’t think there is a man that can handle me apart from my husband. Not because I am a bad person, it is because I am a very strong personality. I can understand why a lot of female artists find it very difficult to find the right person. When you achieve some kind of success, you become really confused as to who really loves you for who you are. It’s not really easy you know, so it is very hard finding those people who really love you. If you are not a very grounded person, you too can contribute in some kind of way to your own problems and so I might have contributed to my own problems.”

Of course, many men have walked the altar with actresses and oftentimes have found out it is not the heaven it promised to be. The time spent away from home on locations is just too much for some spouses to bear. And so is the limelight that comes with all forms of temptations and vices of life. When Omotola was asked if her husband had ever complained about her career, it was another revelation moulded in love and understanding.

“No. Never. When I met him I was already an actress. I wasn’t a big star then, if anything, he was the one even encouraging me. To be honest with you, he’s my biggest movie fan. I don’t even watch most of my own movies, he’s the one who buys and watches them. There’s no one movie of mine he has not bought or watched. He doesn’t just watch them he frames the posters. Most of the posters he framed in wood and they are all over the house. The posters are framed into woods,” she told Potpourri in an interview.

Interestingly, the mother of four is fondly called by all as Omosexy. But few know the origin of the name. It is another product of long years of love and romance as the actress also revealed in another past interview.

“That’s my husband’s pet name for me and the fans love it and now people call me Omosexy almost more than Omotola’. ‘Omosexy’ is self-explanatory. You can judge easily from the name. I must be sexy, at least, to my husband to have warranted the name” she said.

The Ekeinde’s 25th year wedding anniversary coincided with the husband’s 53rd birthday and Omotola wasted no time in appreciating the man she had loved for so long with an outburst of lyrical lines.

“Happy birthday to a rare kind of man. You need to be studied. Your type is probably one in a century. Love you forever My Captain,” she writes. 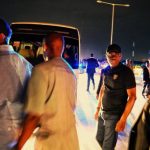 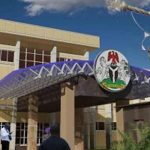 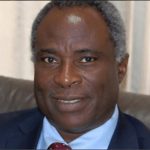