No serious politician will ignore the opportunity of becoming the President of Nigeria, Ekiti State Governor, Kayode Fayemi has said.

Fayemi spoke on a Channel’s Televisions programme, ‘Hard Copy’, which was televised on Friday.

Responding to a question laughingly, the governor, who is also Chairman of the Nigeria Governors Forum (NGF), said “I am laughing. You know why? I get asked this question all the time. I don’t know any serious- minded politician who will have the opportunity to govern a country with the blessings that we have – in spite of the challenges – that will not give it a shot but we are not there yet.”

Fayemi, who played a vital role in the dissolution of the National Working Committee of the All Progressives Congress, however, refused to state categorically if he would be contesting for the Presidency in 2023. Rather he said he was focused on completing his tenure in October 2022.

He said, “I am considering finishing well in Ekiti in 2022. I have a job. Frankly, I am eternally grateful to Ekiti people for giving me the opportunity to govern the state twice and I still have a lot to deliver on that agenda.

“So, the future will take care of itself. I have no means of knowing what is going to happen but for me, the certainty is that I am the Governor of Ekiti State and that term expires in October 2022. That is the job I have for now.”

He faulted the decision of the Federal Government to invest $1.5bn in refurbishing the Port Harcourt refinery but said he did not have all the facts that could have led to the decision.

The NGF chairman also said there was a need for the Federal Government to convince the organised labour and Nigerians at large to accept deregulation.

“I am not a member of the cabinet and I don’t know what informed that decision but clearly, I believe a level of analysis must have gone into it and the approval process must have taken into consideration the cost-benefit analysis of that decision. 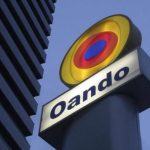 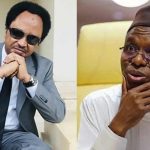 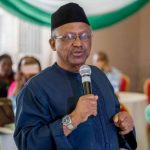 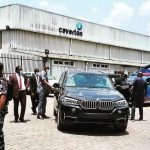