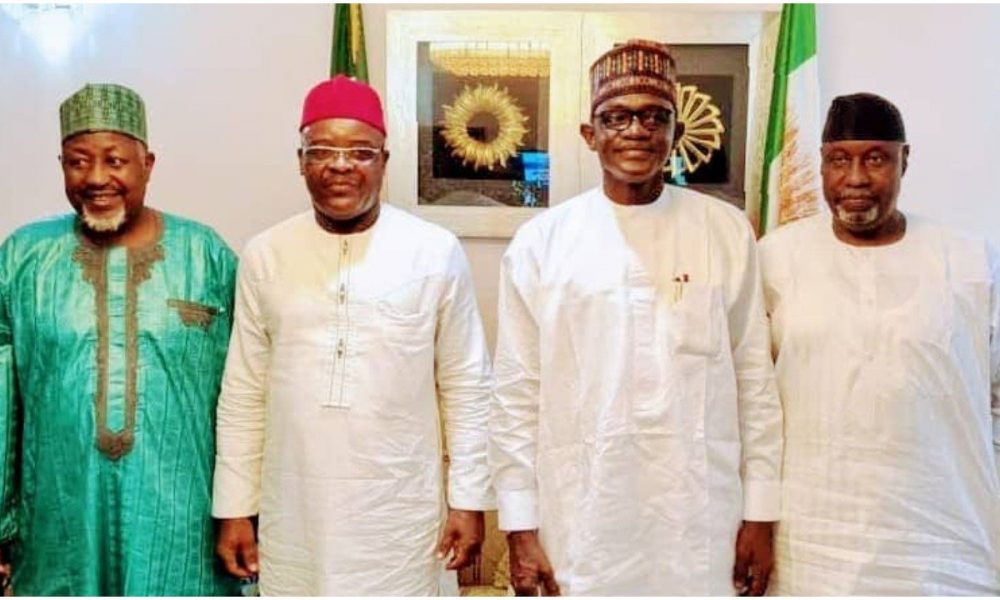 Naija News recalls that Ihejirika declared interest to join the ruling party in February following a meeting with stakeholders of the party.

In fulfilment of this, Ihejirika on Friday, March 26 had a meeting with Yobe Governor, Mai Mala Buni, Chairman APC Caretaker and Extra-ordinary Convention Planning Committee (CECPC).

According to the governor’s aide, Buni during the event which was held in Abuja today said “the coming of Gen. Ihejirika into the APC will increase the fortunes of the party in Abia and the South-East generally”.

“This is a great moment for the party as Gen. Ihejirika and other sons and daughters of the region are coming into the party to deliver the region and bring the South-East closer to the centre,” he added.

The party chairman added that the party looked forward to more of APC presence in the South-East.

Meanwhile, leaders and stakeholders in the Peoples Democratic Party, PDP on Thursday held a meeting to settle the rift between members in other to rebuild their camp in Borno State.

Naija News reports that former Senate President of Nigeria, Dr Abubakar Bukola Saraki who chaired the PDP Reconciliation & Strategy Committee, disclosed on his Twitter account yesterday, March 25 that concerned individuals have reconciled and gave strong commitments to working together again as one.