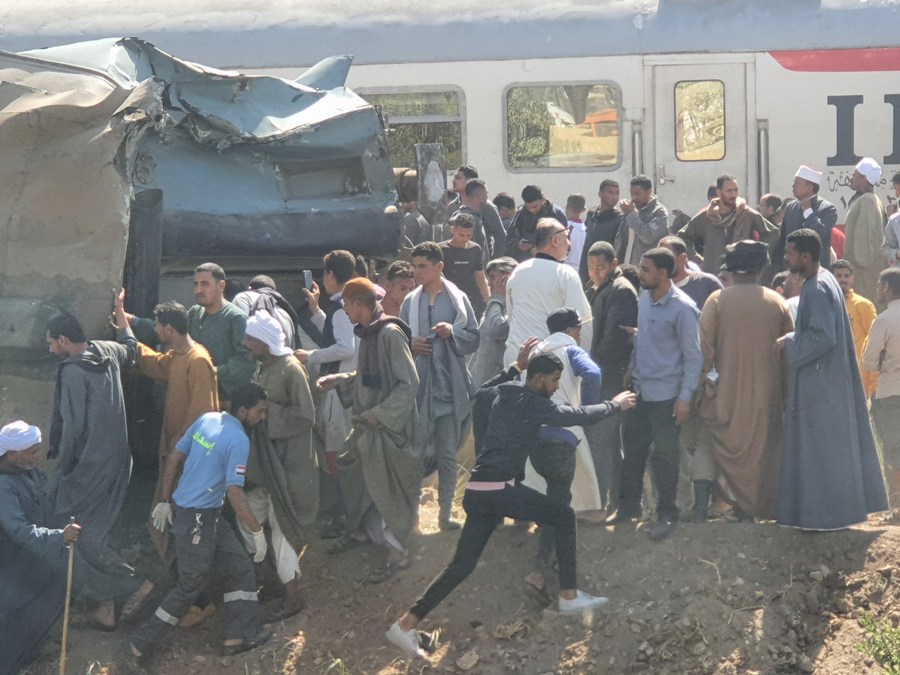 No less than 32 have been killed and 66 others wounded after two trans collided in Egypt.

At least 36 ambulances were sent to the scene and transferred the wounded to four public hospitals nearby, according to the ministry statement.

“A train from Luxor to Alexandria stopped when the emergency valve in one of the train carriages was pulled by unknown people,” the Ministry of Transportation said in a separate statement. 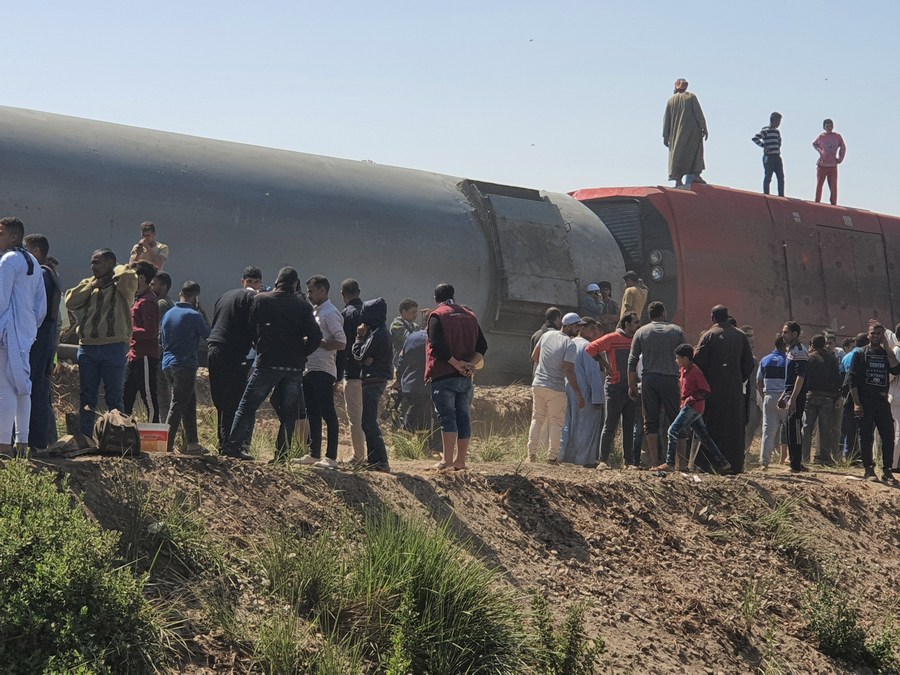 Another train bound for Cairo from Aswan later hit the stalled train from the back, derailing two of its carriages, the locomotive and a power carriage, the ministry statement added.

A technical committee has been formed to investigate the accident that took place in Tahta city, 467 km from the capital Cairo, according to the ministry.

“The accident was horrible, and the people helped the security men find the wounded inside the damaged carriages,” said the witness Ahmad Refaat, a farmer. 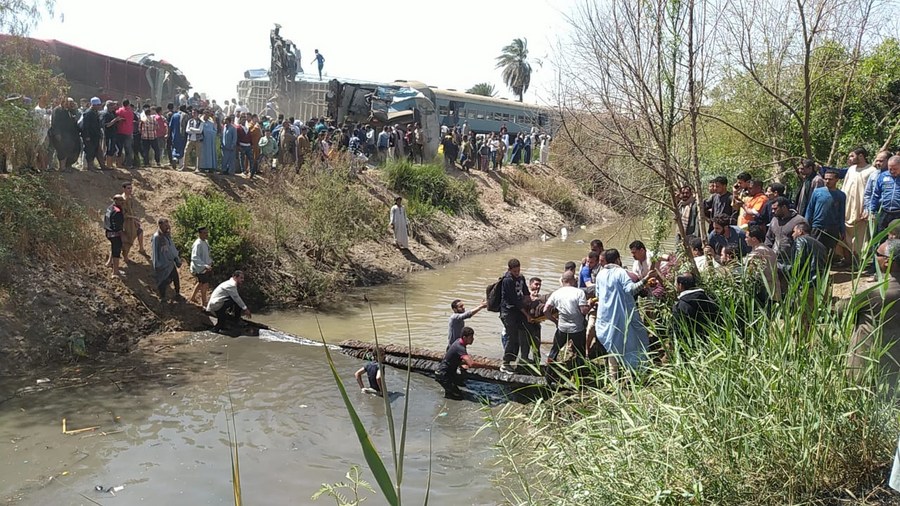 Some bodies are still stuck inside the two carriages, Refaat added.