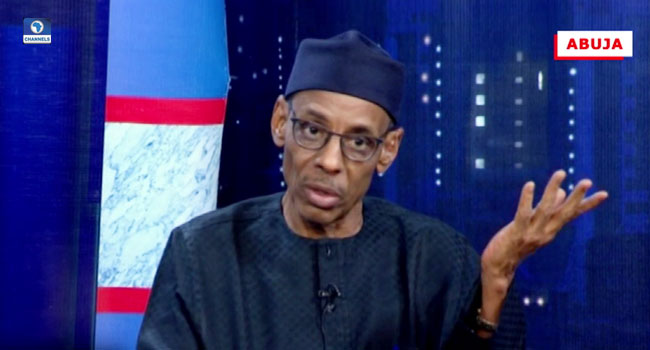 Insecurity: presidency has run out of ideas – NEF

The spokesman of the Northern Elders’ Forum (NEF), Dr Hakeem Baba-Ahmed has lamented the rising insecurity across Nigeria, saying the presidency has run out of ideas on how to tackle the menace.

“You can only do that by acknowledging the failure of the government to secure its citizens. Listening to Garba, to be honest, I just think that the presidency has run out of ideas,” he said while responding to a comment by presidential media aide, Garba Shehu that members of the opposition are exploiting Nigeria’s security challenges.

“When they’re confronted with a very serious challenge, they go around looking for all sorts of diversions and excuses. Nigerians don’t want to hear any of this. We want a stop to the kidnappings.”

In recent times, Nigeria has recorded a spike in kidnapping and banditry, notably the mass abduction of students.

Between December 2020 and February 2021, over 670 students were abducted from their schools in the northern part of Nigeria. They were later released by their captors, a move that the government says is indicative of their quest to secure Nigerians.

But the NEF spokesman believes kidnapping has become a big industry, accusing the presidency of deflecting the issue.

“This thing has grown into a big industry right under the nose of the president. There’s no way you can deflect attention from this,” he added. “How do you explain the grown sophistication of the criminals in this country?”

He is therefore calling on President Muhammadu Buhari to sit up and address the numerous challenges facing Nigeria.

According to him, “we can’t have a president that is just sitting there and then blaming everybody else for the woes of the country, that is not what we elected him for.”