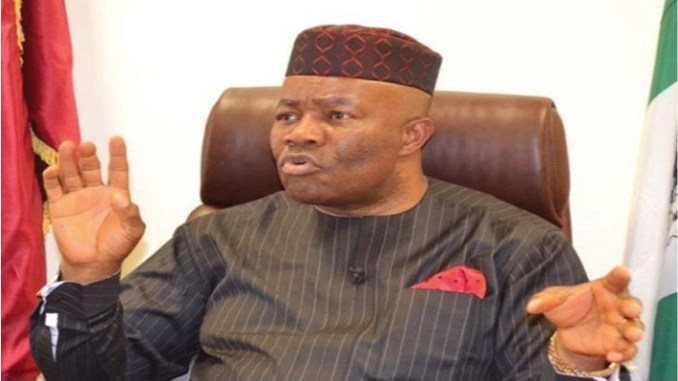 Deputy National Publicity Secretary of the All Progressives Congress (APC) Yekini Nabena, has said that the Court has finally vindicated the Minister of Niger Delta, Sen. Godswill Akpabio and the ruling party having handed a three years jailed term to Prof. Peter Ogban, a professor of Sooil Science at the University of Calabar, used to manipulate the result of Akwa-Ibom North-west senatorial election against APC.

Ogban, who was the returning officer in the senatorial election in Akwa Ibom north-west in 2019, was also fined N100,000 fine.

The UNICAL Professor was prosecuted by the Independent National Electoral Commission (INEC).

Reacting to the development through a statement released Friday in Abuja, Nabena said the Peoples Democratic Party (PDP’s) elements who made use of the UNICAL Proffessor to rig out the APC’s candidate at the said election should now berry their heads in shame.

According to Nabena, the senatorial election was fraudulently postponed by the returning officer against the wish of the APC and its candidate and all the complains made by Senator Akpabio and the APC were not given attention.

Nabena said it is on record that during the election the minister asked the Independent National Electoral Commission (INEC) to redeploy the Resident Electoral Commissioner in Akwa Ibom state then when he (Akpabio) noticed that the PDP were using some officials of the electoral empire against him.

The APC chieftain, however condemned the manipulative strategy being employed by the PDP and its agents, particularly in Akwa Ibom state to discredit the APC and Sen. Akpabio as a result of the Court’s Pronouncement.

The statement called on Nigerians to disregard the attempt by the PDP and its sponsored agents to misinform the general public on the real issue, the interpretation of the Court judgment and the integrity challenge bothering on the PDP.

“We celebrate the Court’s pronouncement jailing one of the agents of the PDP used against our candidate (Akpabio) in the senatorial election in Akwa Ibom north-west in 2019.

“We always believe that ‘if a lie goes for twenty years the truth will meet it one day’. This judgement is significant in the sense that others like Prof. Ogban in the system should henceforth know that under the present Federal Government-APC’s administration, justice will always prevail.”