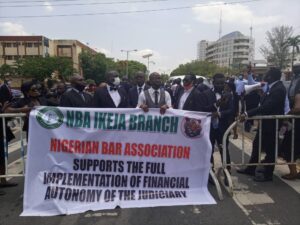 The parents of Leah Sharibu have lashed out at President Muhammadu Buhari for abandoning their daughter in Boko Haram captivity.

Nathan and Rebecca Sharibu, parents of the abandoned Dapchi Christian Schoolgirl, Leah, described her continued stay in Boko Haram captivity as a “very big shame on General Buhari and his entire government.”

A US-Nigeria Law Group had recently revealed that the teenage girl has delivered a second child in captivity, adding that the young girl may have had both children under one year in 2020.

However, her parents said that notwithstanding how many kids she has had, they are willing to accept their daughter in any condition.

According to the grieving parents, Buhari and his government had failed Leah, pleading for those in authorities to accept the American offer of assistance to secure the release of Leah.

The parents’ statement was signed by their spokesperson, Dr Gloria Puldu, where they demanded that President Buhari brings back their daughter with or without children.

The statement reads in part: “Morning of March 23 was another very difficult day as we woke up to the very sad and heartbreaking rumours that Leah Sharibu, who is still in captivity for three years, has given birth to a second baby in captivity.

“It is a very big shame on General Buhari and his entire government. He has abandoned this young child in captivity.

”Two weeks ago, Nathan and Rebecca called on him to use the current negotiators his government is using, who have successfully negotiated and secured the release of most if not all 300 Muslim Kankara boys from Katsina in December 2020 just six days after their abduction.

“In February 2021 they also negotiated and secured the release of about 27 schoolboys from Kagara in Niger State and 317 schoolgirls from Jangebe in Zamfara who all regained their freedom within few days of their abduction.

“Nigeria has woefully failed Leah Sharibu, what a very big shame. Nations all across the world value their citizens and will go to any length to rescue their adult citizens let alone their children, yet the Buhari administration has abandoned Leah Sharibu the lone Christian girl for over three years in captivity.

“This same administration has abandoned the remaining 112 Chibok girls for almost seven years. Nigerians recently saw how the American government came to rescue one of its citizens who was abducted in Niger Republic but transported into Nigeria (another sovereign state).

“Yet Leah, a minor, has been abandoned and forgotten by her government. We know that the American government has recently offered to assist Nigeria in its fight against insecurity if the Nigerian government requests its assistance.” 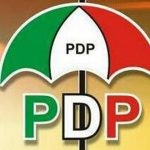 PDP uncovers plot by INEC to rig elections for APC 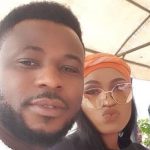 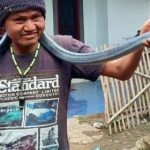 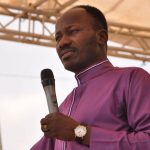 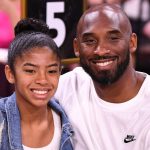