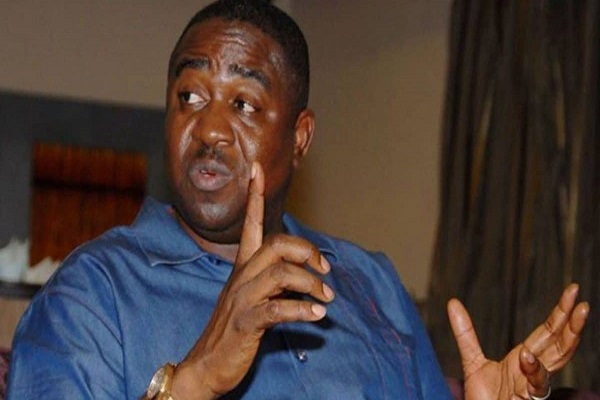 The criminal trial of former Benue State Governor Gabriel Suswam resumed on Wednesday at a Federal High Court in Abuja with a prosecution witness saying he handed $15.8 million to the former governor in his Maitama, Abuja home.

Suswam, now a serving senator, is being prosecuted with a former Finance Commissioner in the state, Omodachi Okolobia, by the Economic and Financial Crimes Commission (EFCC).

They are standing trial on an amended 11-count charge bordering on theft, criminal breach of trust, illegal award of contracts and money laundering to the tune of N3.1 billion.

EFCC’s spokesman Wilson Uwujaren said in a statement that the fourth prosecution witness, Abubakar Umar, a bureau de change (BDC) operator, told the court that he handed the money to Suswam in his Abuja home.

Umar, the Chief Executive Officer of Famffash Resources, who has been testifying in the case since 2018, resumed his testimony yesterday.

Hitherto, the prosecution had declared him a hostile witness, after he recanted on the statement he had volunteered to the EFCC while being led in evidence by Rotimi Jacobs (SAN).

During yesterday’s proceedings, Umar reaffirmed his earliest statement to the EFCC.

The witness said he got calls from Suswam’s associates threatening him to change his statement in court.

“I changed my statement because of the pressure I received from Suswam’s people,” he said.

When the prosecution lawyer asked him what the ex-governor’s allies wanted him to change, he said where and who he gave the United States’ dollar equivalent of N3.1 billion.

Umar said: “I don’t know Elixir, but sometime in August 2014, Suswam called me to his house in Maitama and introduced me to a lady and asked me to give her my account details.

Trial judge, Justice Ahmed Mohammed, adjourned till May 25, 2021 for lawyer to Suswam, Joseph Daudu (SAN), to cross-examine the witness.

“Suswam said when I see the money, I should give him the dollar equivalent, which I did, and it amounted to $15.8 million while using N197 as exchange rate. I handed over the dollars in cash to Suswam at his residence in Abuja.”

Umar, who spoke through a court interpreter, said he never mentioned that he handed over the money to Suswam at Kubwa, but in Maitama.

The witness said Fanffash Resources had no relationship with the Benue State government and that he also had no business or contract with Elixir Investment Partners Limited and did not know where they were.