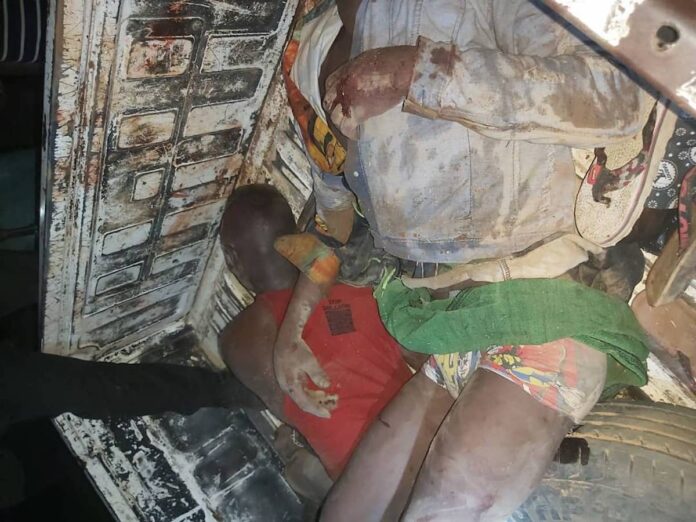 Nigeria finds herself stuck between a rock and a harder place in the face of ever growing insecurity where each of the six geopolitical region appears unravelling in the hands of suspiciously well-armed bandits confronting a highly weakened and demoralized law enforcement architecture. As expected, the bandits have become emboldened to transverse the nooks and crannies of the country with their gospel of banditry.

Investigation by 247ureports.com reveals the bandits have become more widespread than popularly believed. Both Nigeria’s political leaders and the general populace remain in the dark on the far reaching tentacles of the bandits. According to security intelligence, these bandits comprising largely of foreign Fulani young men coming from a background of armed conflict in the northern Mali environs – has successfully infiltrated into the Nigerian space through forest-tracks across the nation. In particular, the bandits are reported to have begun a gradual encirclement of the federal capital territory [FCT], Abuja.

The movement of the bandits into Nigeria are from three entry points – through the northern border on the west side at the Sokoto/Kebbi axis, through the east side at the Borno axis, and through the Adamawa/Taraba axis at the Cameroon border with Nigeria

It is not clear the objective of their entry but it clear the path travelled by the bandits. A source points to politicians who extended invitations to the bandits under the leadership of President Goodluck Jonathan when Aliyu Gusau served as the National Security Advisor [NSA] – as the made catalyst. He alleges the bandits were brought into the country to destabilize the country – should the then President Jonathan win the 2015 re-election against the then candidate Muhammadu Buhari. But the influx of the bandits into the country did not cease with the victory of Muhammadu Buhari at the polls, instead, it increased.

However the settlement and movement of the mercenaries were perturbed by clashes in Benue, Plateau, Zamfara and Kaduna States – and caused the mercenary to resettle for other more peaceful areas such as Kogi and Nasarawa State.

The numerous conflict zones narrowed the mercenaries’ available theatre of operation, and in effect has cornered them into settling at communities such as Kogi, Nasarawa, parts of Niger State and the outskirts of FCT where the indigenes are not as resistant as the south west and south east communities. The settlement pattern explains the continuous abductions along the Abuja/Kaduna expressway – and along the Abuja/Kogi expressway, and the recent school abduction in Niger State.

Of increasing concerns to the Nigerian security and intelligence architecture is the growing threat to the federal capital territory. This is as new intelligence confirms a new migratory pattern of the bandits around the nation’s capital around the communities in the outskirts. These communities comprise of Karshi, Orozo, Ginna, Takalafia, Gugugu, Sharonvisa, Kau, Bwari, Abaji, Gwagwalada, Yaba.

As expected, the presence of bandits at these communities has caused an instant increase in banditry – rapes, robberies and unexplained killings in the farmlands. The Karshi/Orozo environs have witnessed one of the concerning increases that raises real fears that the bandits may have begun operating in the region.

March 17, 2021, around a small community near Karshi by the name Gugugu, a Tiv woman was raped by four Fulani men and killed. The Tiv woman who is a mother of two and wife – had gone to her farm to harvest beans – while harvesting, she was attacked by four Fulani men who raped her repeatedly and then killed her. The case was brought to the attention of the Karshi police station. Arrest was made with the help of the Fulani community who gathered up the four men and handed them over to the police. One of the sisters to the arrested men narrated how the four men raped and killed the Tiv woman to the police. A case file was opened and investigation was initiated.

Three days later, March 21, 2021, the Fulani community from the Gugugu area where the rape occurred returned to the police station to lay a complaint. They claimed seventeen [17] of their cows died mysteriously as they went to the located where the Tiv was killed – to craze. They wanted to file an official complaint.

Similar banditry is seen in nearby communities. In communities like Maraba Loco, Orozo and nearby communities, the bandits have taken to robberies on a weekly, and sometimes, daily basis in a brazen manner similar to the type witnessed in southern Kaduna communities. They come in large numbers [up to 30] armed with guns and exotic knives – and would launch attacks inside housing estates going from house to house – without fear of being caught. They would first go for the security post – and would typically kill the security officers before proceeding to conduct their robberies. Their choice time of operation is between 1am and 3am.

Two of the estates that have suffered the brunt of attacks are the Orozo Mass Housing Estate [aka Cajaar estate] and Mountain View Estate – as well as other nearby housing units.

A Christian cleric was murdered during one of the robbery operations by the bandits at the Orozo Mass Housing Estate. Others have been seriously injured.

On the week of March 12, 2021, the bandits invaded Orozo Mass Housing Estate on a Saturday night/Sunday morning at about 1:30am and robbed a number of houses – and succeeded. They returned the following night in their signatory manner – Sunday night/Monday morning at about 1:30am to continue where they stopped. They began operating from house to house in brazen manner. It took the intervention of the numerous security personnel resident at the estate who were armed with automatic weapons in tandem with the vigilante men to surround the bandits. A heavy exchange of gun fire ensured. When the smoke cleared, two of the bandits were down. Before they gave up the ghost, they confirmed they were not Nigerians. They were from Niger republic. See photographs below

The same group of bandits on a previous week attacked a hotel in Orozo belonging to a former DSS operative. Using their exotic knives, they attacked and butchered the security officer abandoning him to die – and then proceeded to rob the occupants of the hotel. The name of the hotel is Kabadorf Hotel located along Cajaar Estate road. The security man was taken to National hospital for treatment. He is presently recuperating at home.

On the same night, the bandits took their operation to the storefronts along Kurudu market [Nyanya/Karshi expressway] – escorted by a military-like Toyota Hilux and a mini-bus. The occupants were dressed in military fatigue. They broke into the stores using gas wielding equipment to cut through the metal protectors used to lock up shops. The operation lasted till 3am without interruption from security officers.

The following week, the bandits returned and continued from where they stopped. On one of their raids, they came at 9pm during peak commercial hour to rob shops along the same strip. They entered a popular pharmaceutical shop [Virgin Heart Pharmacy & Stores] and held them hostage until the money they demanded for was produced.

Beyond the robberies, child abductions and rapes, an increase presence of Ruga settlements have been observed. A remarkable and noticeable increase. To the extent, the DPO of the Karshi police station dispatched four police officers to the senior government secondary school in Karshi. This is because Ruga settlements recently sprang up behind the school. Interestingly, the school does not have fencing covering and/or securing the back of the school. The fencing only covers the front area. It is frightening to know that the school is located only meters away from where the Tiv woman was raped and murdered.

Not too far from the school, a school principal of another nearby government owned school found himself battling to escape with his life at the hands of Fulani herdsmen along the Karshi Expressway. His vehicle, a 406 Peugeot, had rammed into two cows – injuring them. One was pregnant.

This incident occurred on the early morning hours of March 17, 2021 as he drove to work. The cows were left roaming freely along the expressway without the herder in sight. After the vehicle hit the cows, the Fulani boy [aged about 11years] ran out of the bush to raise alarm. Within minutes, other herdsmen with knives numbering over hundred [100] descended on the school principal. It took the intervention of police officers who were stationed nearby at their training grounds [firing range] in Karshi to save the life of the school principal – who had already been dragged out of his vehicle by the herdsmen.

While the police officers were intervening, the herdsmen placed calls to the owner of the cattle. And within minutes, a military sport utility vehicle [IVM] arrived the scene. The occupant was a lady [Hajiya] with gold tooth. She was escorted by another military Hilux with soldiers. She stepped out of the vehicle and wept bitterly, and got back in the vehicle and left.

Meanwhile, the herdsmen refused to take the case to the nearby police station to be resolved. They preferred it be resolved on the street. The little boy herder who was responding for the cows that were hit, confessed to his kinsmen that he had left the cows unattended to. With the confession, the herdsmen were instructed to pay for the damages to the vehicle of the school principal. They paid N60,000. The two cows were slaughtered on the spot and sold for a total of N180,000.

Other communities in the FCT are undergoing a gradually takeover by strange bandits.

And sadly, the resident of Abuja are unaware of the impending danger. A whirlwind and possibly, a gathering storm that is to come down on the people of the FCT may be the final story of the herdsman and civility as Nigerians presently know it.

247ureports contacted the FCT Police headquarters for comments on the unfolding nightmare. They did not respond. Repeated messages to the spokes person of the FCT police, Yusuf Mariam were not responded. 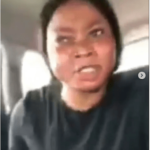 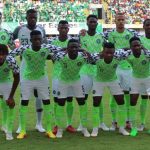 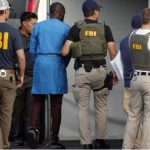 I Was So Beautiful Men Fought To Marry Me – Music Icon, Iya Aladuke Goes Down Memory Lane