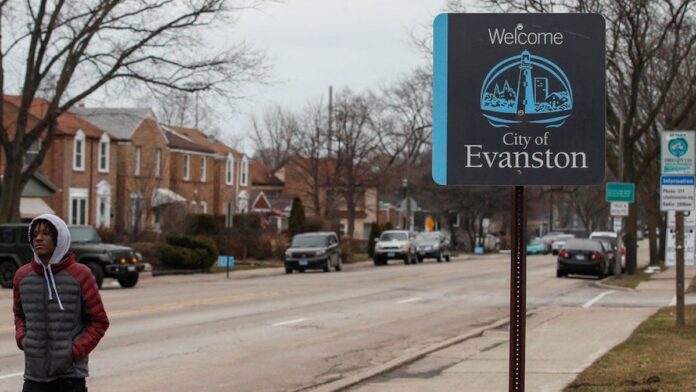 On Monday night, Evanston, Ill., became the first city in the country to approve reparations for Black residents who suffered from practices of racial discrimination stemming from slavery and an era of segregation.

“Right now the whole world is looking at Evanston,” Ron Daniels, president of the National African American Reparations Commission, said Monday. “This is a moment like none other that we’ve ever seen, and it’s a good moment.”

By an 8-1 vote, the Evanston City Council approved the first phase of a 10-year, $10 million commitment toward restitution for Black residents who suffered from discriminatory housing practices in the city between 1919 and 1969.

Under the first phase of the Restorative Housing Reparations program, the first installment of $400,000 will be dispersed in $25,000 allotments for residents to use toward home improvements or mortgage assistance. The money for the plan will be generated by the implementation of a 3 percent tax on recreational marijuana sales.

To qualify, residents either must have lived in Evanston during the years specified in the plan or must be descended from someone who did. The recipients will be randomly selected if there are more applicants than available funds in the program. Evanston has a population just over 75,000, and about 12,000, or 16 percent, are Black, according to Data USA.

“It is the start,” Alderman Robin Simmons, who presented the initial reparations plan in February 2019, said Monday. “It is the reckoning. We’re really proud as a city to be leading the nation toward repair and justice.”

But not everyone was pleased with the passing of Monday’s plan.

Alderman Cicely Fleming, the one dissenting vote on the council, slammed the program as not going far enough, calling it “a housing plan dressed up as reparations.”

“We must understand the definition of true reparations and its main goal: to do that, the People dictate its terms to Power, not the other way around,” Fleming said in a statement provided to Yahoo News. “Rather, this resolution is dictating to Black residents what they need and how they will receive what they need.”

Numerous other cities and towns across the country are considering similar ordinances. Evanston’s program is expected to serve as a model.

A Reuters/Ipsos poll from June 2020 found that only 1 in 5 Americans supported reparations in the form of “taxpayer money to pay damages to descendants of enslaved people in the United States.” Of that number, nearly 80 percent of Republicans said they did not support reparations, while one-third of Democrats did.

Evanston, home to Northwestern University, a private research institution founded in 1851, has a complicated history with its Black residents.

The city was once home to a thriving African American population. Evanston’s first Black residents arrived in the 1850s, and by 1910 Black citizens surpassed 1,000 in population. The number grew to more than 6,000 by 1940 and exceeded 9,000 by 1960, according to Morris Robinson, a historian and founder and executive director of the Shorefront Legacy Center.

But as the Black population continued to swell, real estate brokers began to informally zone those residents into the less developed and less desired neighborhood of West Evanston and exclude them from purchasing property in other parts of town, historian Andrew Wiese noted in an article published in the Journal of Social History in 1999.

Banks in Evanston also discriminated against Black residents, refusing to give them loans to buy homes in favorable parts of the city. The few Black residents who owned lots were also refused loans to build on their land and were eventually compelled to sell.