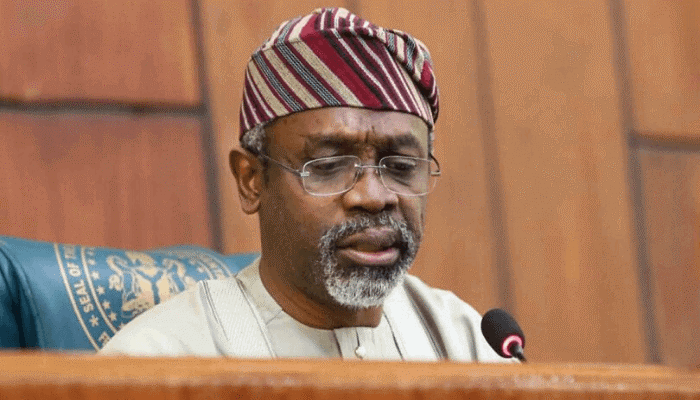 A controversial petition filed by a group of Tiv indigenes residing in the diaspora under the auspices of Mzough U Tiv Amerika (MUTA) was re-presented during Tuesday’s plenary at the House of Representatives.

Speaker Femi Gbajabiamila, who presided over the meeting, held that Nigerians abroad had a right to send petitions over issues affecting any part of the country. He entertained the petition on worsening insecurity in Benue, Nasarawa and Tararba states tabled by the House member representing Gwer East/ Gwer West Constituency of Benue Mark Gbillah on behalf of the diaspora group.

It would be recalled that the Nigerian diaspora community had petitioned the leadership of the House of Representatives to make its position clear on the rights and privileges of citizens residing abroad after  Deputy Speaker Ahmed Idris Wase declined hearing the petition on 10th March on the excuse that Nigerians should not sit in their comfort zones abroad and know what was happening in the country.

Wase, who was standing in for the speaker during the controversial plenary session, did not refer to a discrepancy in signature of the petition, but was baffled at MUTA’s concern over the insecurity challenges affecting certain parts of the country.

His position drew a lot of criticisms from the public, prompting him to issue a statement on the 15th of March, alleging that the coverage and reportage of the incident were mostly “doctored, slanted and bent to give political and ethnic coloration to an event that was otherwise based on Rules of Parliamentary Procedures.”

“To set the records straight, let it be categorically stated that the crux of the encounter between the Deputy Speaker, presiding as Speaker and Honourable Mark Gbillah was on the LEGAL IDENTITY of the petitioners and not on whether Nigerians in diaspora have a right to petition the House or not,” the statement read in part.

Wase further added: “The House of Representatives belongs to all Nigerians and can be accessed by Nigerians wherever they may reside.”