‘Sad day for Boulder’: Gunman kills 10 at Colorado supermarket, including police officer, in second US mass shooting in a week

Ten people were killed Monday, including a police officer, when a gunman opened fire at a supermarket in Boulder, Colorado, the second mass shooting in the U.S. in a week.

“These were people going about their day, doing their shopping,” Boulder District Attorney Michael Dougherty said at a late-night press briefing. He described the day’s events as “a tragedy and a nightmare.”

The police officer who died was identified as Eric Talley, 51, an 11-year veteran on the Boulder force. Talley was responding to the King Soopers grocery market when he was gunned down. His police chief, Maris Herold, appeared to be choking back tears as she spoke to the media Monday night and confirmed the death toll.

“I have to tell you [of] the heroic action of this officer when he responded at the scene,” Herold said, explaining the Boulder Police Department got a call about shots fired early in the afternoon. “Officer Talley responded to the scene – he was the first on the scene – and he was fatally shot.

“My heart goes out to the victims of this incident and I am grateful to the police officers that responded,” she said. “And I am so sorry about the loss of Officer Talley.”

“There is no ongoing public threat,” Yamaguchi said. “We do have a person of interest in custody. That person was injured during the incident and is being treated for the injuries.”

No motive for the attack was disclosed. Matthew T. Kirsch, the First Assistant United States Attorney for the District of Colorado, said the FBI and other federal agents will be assisting in the case. He promised that the “full weight of federal law enforcement” will be brought in the investigation.

The shooting comes six days after eight people – six of them women of Asian descent – were killed by a gunman at three spas in Atlanta and a nearby county.

Roberto and Ilce Rivero’s son, who attends Fairview High School near the King Soopers feels shootings are the norm, and he hopes that feeling will change.

“I hope this tragedy… will help change laws, gun laws in particular, and we can all work together to make a better, more peaceful world for our children,” Roberto said, then adding, “This is a sad day for Boulder.”

The White House said President Joe Biden has been briefed on Monday’s attack and will be kept up to date on developments. The FBI office in Denver tweeted that it’s assisting in the investigation at the request of the Boulder police.

Officers armed with tactical gear and rifles responded Monday afternoon to reports of an active shooter at a King Soopers supermarket in the southern part of Boulder, about 25 miles northwest of Denver.

At 2.49 p.m. local time, the Boulder Police Department tweeted an alert for people to stay away from the area around the supermarket.

At one point, authorities were heard over a loudspeaker telling someone the building was surrounded and “you need to surrender” and come out with hands up and unarmed.

A shirtless man with blood running down his leg was escorted out of the store in handcuffs by two police officers, a live TV feed showed. An ambulance pulled away from the store, apparently carrying the man. It was not clear whether that man was the suspect, but Yamaguchi said nobody else besides him and those who died was injured.

One person was taken from the shooting scene to Foothills Hospital in Boulder, said Rich Sheehan, spokesman for Boulder Community Health, which operates the hospital. Sheehan said he could not provide additional details but did say that “we have been notified we will not be receiving any additional patients.”

At 4:18 p.m., police reiterated the warning to avoid the area – “this is still a very active scene” – and asked local residents to stay inside and not to “broadcast on social media any tactical information you might see.” The shelter-in-place request was lifted around 6:40 p.m. Mountain Time.

King Soopers is a Denver-based subsidiary of supermarket giant Kroger. It operates more than 150 stores in Colorado and Wyoming. Kroger is based in Cincinnati.

In the wake of mass shootings elsewhere, Kroger asked shoppers in 2019 to leave their firearms at home. The change in policy came a day after grocery rival Walmart made a similar change. The previous policy had been to defer to state or local gun regulations.

Dean Schiller, who had just left the Boulder store, told The Associated Press that he heard gunshots and saw three people lying face down, two in the parking lot and one near the doorway. He said he “couldn’t tell if they were breathing.”

James Bentz, 57, told the Denver Post he was in the supermarket’s meat section when gunfire rang out. After hearing what he thought was a misfire, he heard several pops, and “I was then at the front of a stampede.”

Television helicopter video showed law enforcement vehicles and officers massing outside, including SWAT teams, and at least three helicopters on the roof of the store.

Officers had their guns drawn outside, and some windows at the front of the store were broken. TV footage showed officers helping two people to safety.

Colorado Gov. Jared Polis said he was monitoring the situation. “My prayers are with our fellow Coloradans in this time of sadness and grief as we learn more about the extent of the tragedy,” he tweeted.

University of Colorado head basketball coach Tad Boyle said late Monday that the tragedy had weighed on his mind throughout his team’s 71-53 season-ending loss.

“It puts basketball in its proper place,” Boyle said. “Win or lose tonight, I just felt an emptiness in my stomach. Another senseless act of violence that we’ve experienced as a country many, many times.”

Colorado senior guard McKinley Wright, who played his final college game, said the shooting was on his mind throughout the night.

“I feel bad, so terrible for the families who were affected by what happened in Boulder,” he said. “Today people get so caught up and even us as players on playing this game, and it’s a privilege to play this game. But we have to realize life outside of basketball is real, and a lot of people lost family members today.”

Shooting tragedies of national magnitude are an unfortunate reality in Colorado.

The greater Denver metro area alone has been besieged with some of the nation’s most infamous mass shootings, including the assault at Columbine High School in 1999 that left 12 students and a teacher dead before the two killers committed suicide. The Columbine massacre, which happened about 41 miles south of Boulder, at the time was the deadliest school shooting in U.S. history.

In July 2012, James Eagan Holmes killed 12 at a midnight screening of the film The Dark Knight Rises in Aurora, about 35 miles southeast of Boulder. Holmes, who later received 12 life sentences in the murders, also injured 70 in the attack, in which he sealed off doors in the movie theater before he moved in wearing tactical gear to terrorize 400 people with a 12-gauge shotgun and two other weapons.

Another shooting, in Colorado Springs at a Planned Parenthood clinic, left three dead and nine injured in November 2015. The killer, described as delusional, was eventually found incompetent to stand trial and a judge ordered him indefinitely confined to a mental hospital.

And in May 2019, one student was killed and eight others injured in an ambush attack at STEM School Highlands Ranch, a charter school located in Douglas County, about 68 miles south of Boulder. One suspect has pleaded guilty in the case and another is awaiting trial in May 2021. 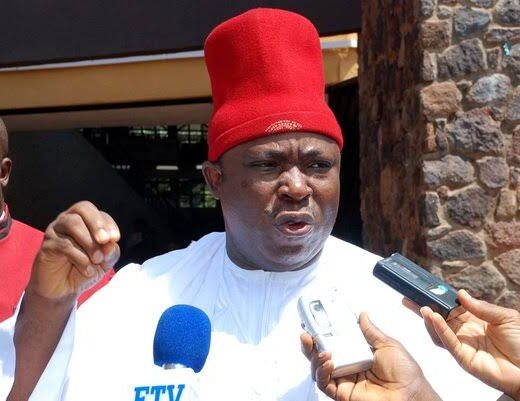 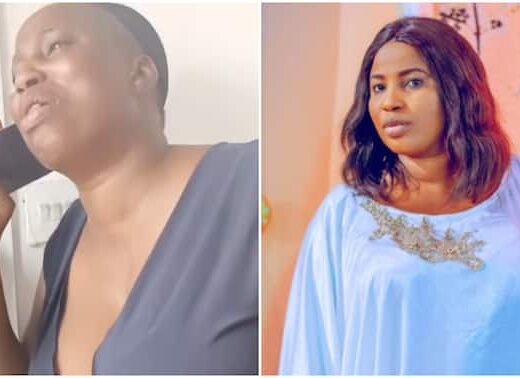 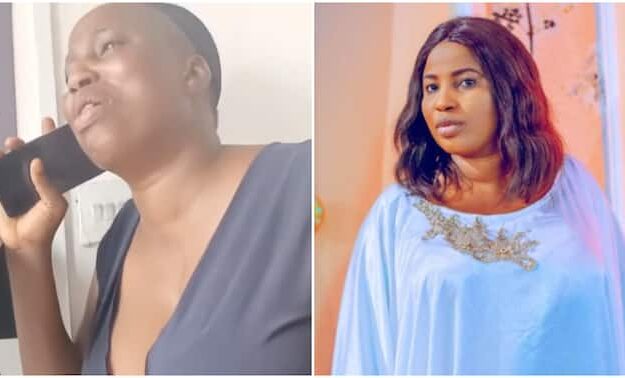 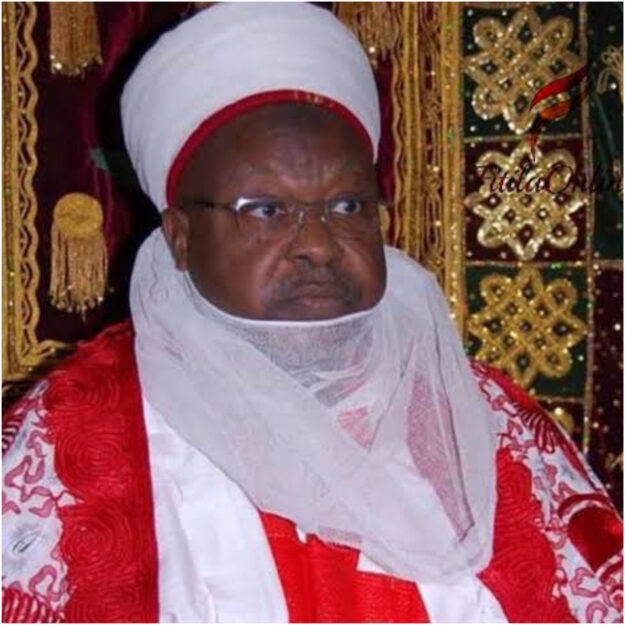 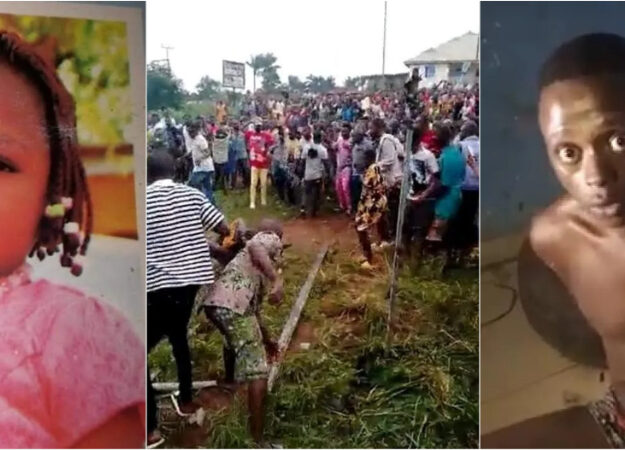 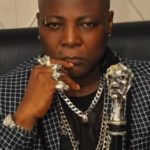 Shocker! Man Slumps And Dies While Buying Foodstuffs At Popular Market In Delta