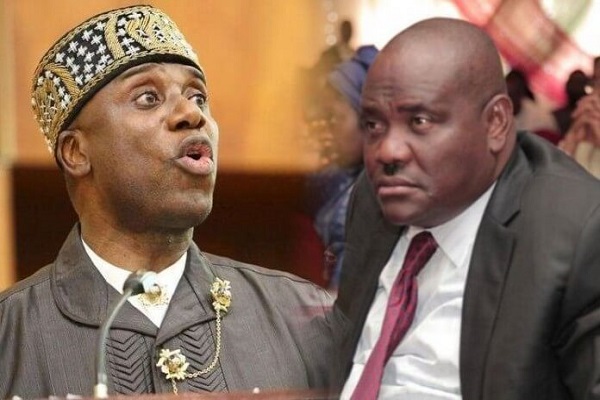 Ugboma, who spoke in Port Harcourt, Rivers State, said Wike had nothing to offer Rivers people and way yet to deliver the dividends of democracy since he assumed office.

Ugboma, who is also a chieftain of the All Progressives Congress (APC), said Amaechi was too busy thinking of how Nigeria would become great under President Muhammadu Buhari.

He said: “Governor Wike should leave the Rt. Hon. Rotimi Amaechi alone. Amaechi is very busy putting the country in shape. Go to civilized societies, the railway line is the means of transportation and Amaechi is doing this so that the economy of the country will improve to connect the food basket of the whole states together, transporting people from one end to the other.

“What is development if not that? It is not in this road that the governor of Rivers State is doing in Port Harcourt and Obio/Akpor local government areas. That is not what will connect the nation.”

He added: “Wike should concentrate on comparing what he is doing in Port Harcourt and Obio/Akpor with what we are doing in University of Port Teaching Hospital which is the face of APC in the State here.

“See the development stride we have taken and not comparing himself with Amaechi who has done excellently in everything.

“All the structures Amaechi kept on ground Wike has decided to crash all of them down. There is no comparison at all”.