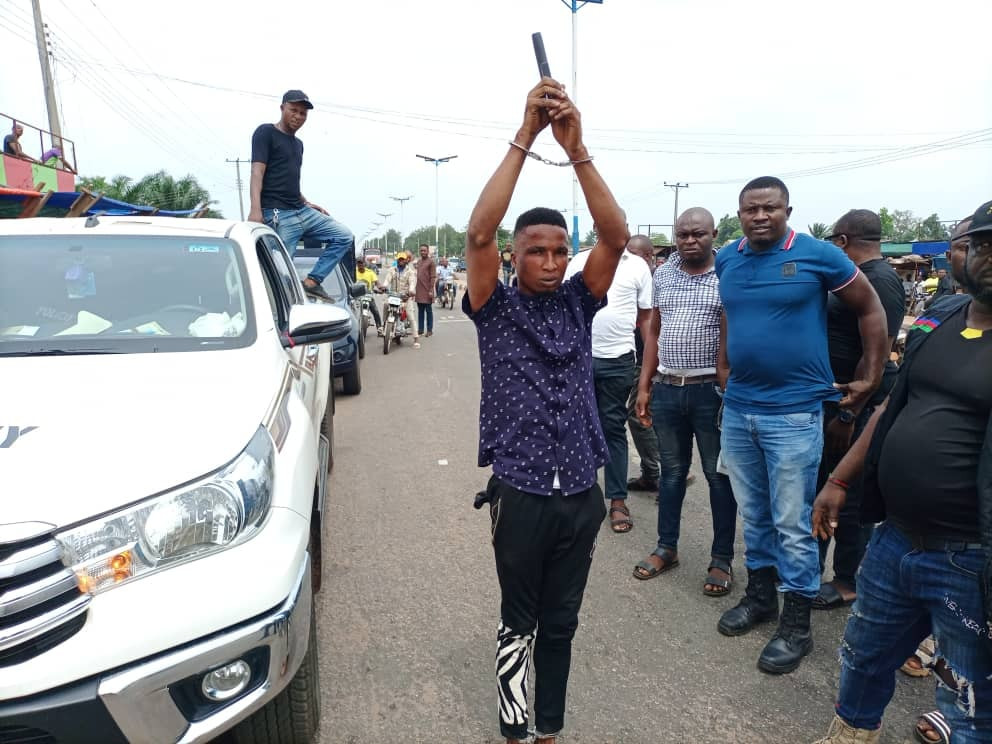 The suspect identified as Mathew Ifenchor from Alisimie, Agbor, was paraded on Thursday, March 18, for illegal possession of a locally made pistol and attempted murder.

A suspected cultist has been paraded by the Agbor Gha-Ihun Security outfit in Ika South Local Government Area of Delta State.

The suspect identified as Mathew Ifenchor from Alisimie, Agbor, was paraded on Thursday, March 18, for illegal possession of locally made pistol and attempted murder. According to Patrick Gbuchanye, the suspect had threatened a man, who thereafter reported him to the security outfit.

Speaking to newsmen, Ifenchor confessed that the locally made pistol was given to him by his Aye cult group for self defense as their number One.

He claimed that he has only used the gun to threaten a member of their cult group, Fidelis Etuokwu for querying his emergence as the number 1 of their group. 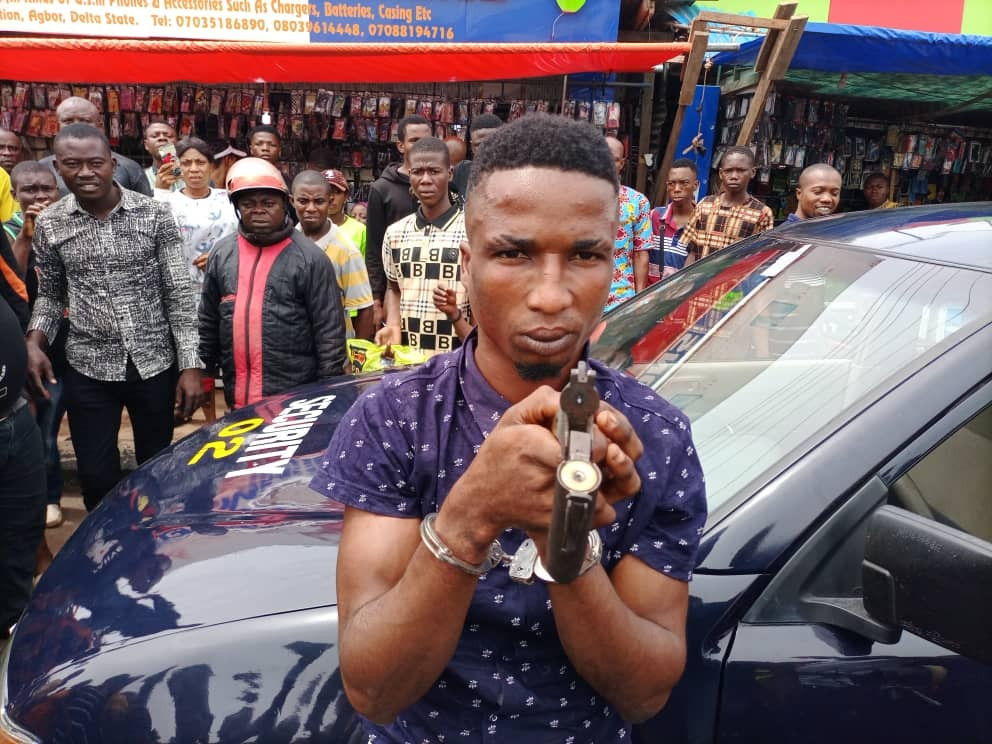 “Etuokwu has accused me of going after him with a gun to kill him which can never be possible for the fact that we are Aye brothers. If I have the intention to kill him, I would have shot at him and not his motorcycle. We do not kill our Aye cult brothers”, he claimed.

However, Etuokwu denied ever being a member of any other cult group, saying that he does not know why Ifenchor confronted him to the extent of wanting to kill him with a gun.