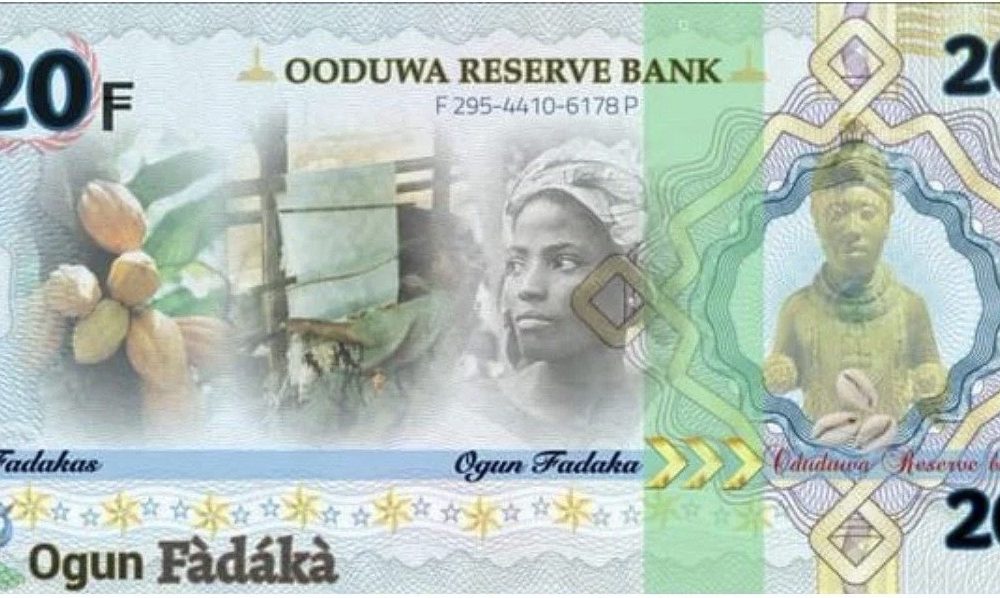 A Yoruba group has launched the currency for the proposed Oduduwa Republic.

The image of the currency, known as “FADAKA, was posted on Twitter via the group’s handle, @OduduwaRepublic, on Sunday.

DAILY POST had earlier reported that Yoruba Historian, Banji Akintoye and activist, Sunday Igboho during the passing week, declared the sovereignty of the Yoruba.

Akintoye and Igboho, among other Yoruba leaders, said that the South West was no longer under Nigeria.

They had insisted that this was not a time to talk about restructuring, resource control or a new constitution but rather the Yoruba to secede from Nigeria.

They called on people of the region to work together for the independence of the Yoruba nation.