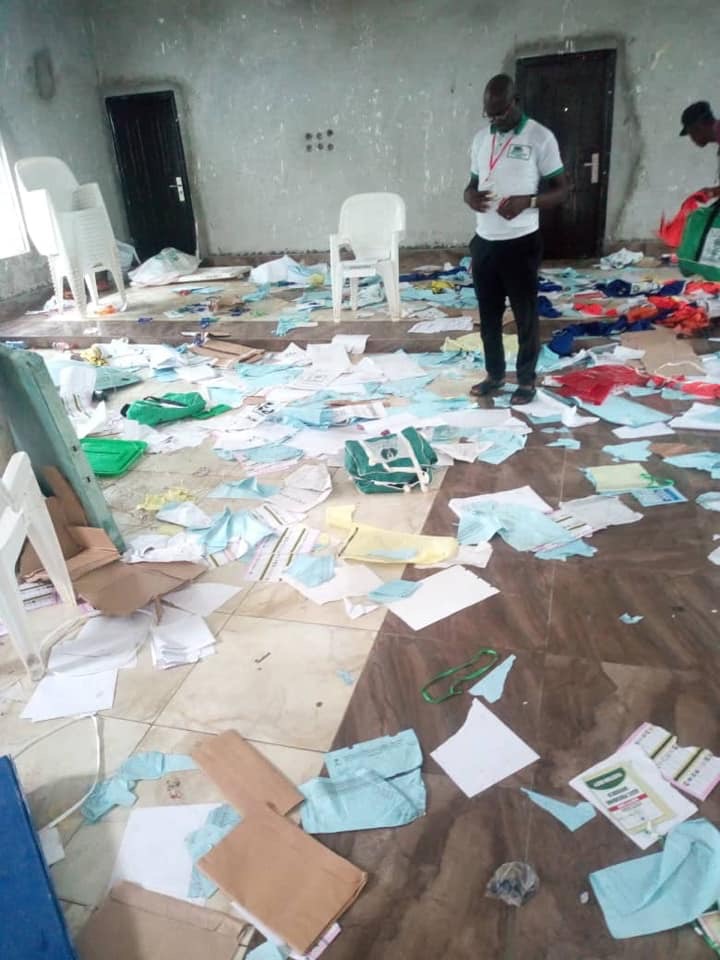 FILE PHOTO: A scene of disrupted election in Nigeria

Dr Tella Adeniran, the Resident Electoral Commissioner (REC) in Ekiti State, made this known in a statement issued in Ado Ekiti, and also confirmed that three persons were shot dead during the exercise.

“The Ekiti East State Constituency I bye-election which started at 8.30 a.m. today witnessed 100 percent opening of polls at 8.30 a.m.

“The exercise commenced on a good note in a peaceful and orderly manner.

“In PU 07, Ward 07, three voters were shot dead while a youth corps member, a police woman and an INEC staff sustained gunshot wounds.

“Under this circumstance, the safety of electoral officials, security personnel and election materials as well as the credibility of the process cannot be guaranteed.

“The State Commissioner of Police is fully aware of the situation,” Adeniran said.

According to him, It is unfortunate that in spite of the effort of the commission in giving Nigerians free, fair, credible and inclusive election, some people appear to be unprepared for an improved electoral process.

He said the situation was such that, conducive environment no longer exists for further electoral activity at the polling units and the collation centers.

The INEC REC declared that in view of the development, the commission had suspended the election forthwith.