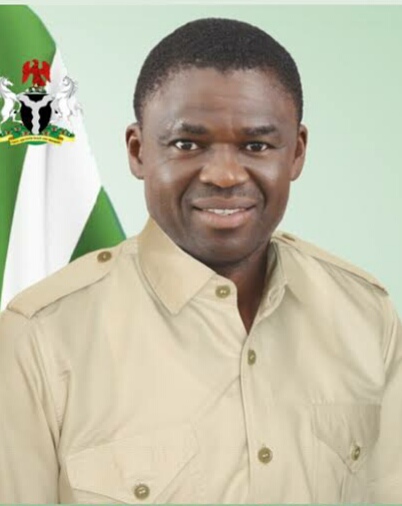 Comrade Philip Shaibu, the Deputy Governor of Edo has said that a president from the South South in 2023 would balance the political equation of the country.

The meeting was organized following Orbih’s election as PDP’s National Vice Chairman, South South, at the party’s zonal congress held in Port Harcourt a forth night ago.

Speaking at the occasion, Shaibu noted that it was important  that the nation’s next president came from the South South.

According to him, PDP must strive to produce the next president in 2023.

“We voted for President Buhari again and he had second term, so South South must produce the next President of Nigeria.

“Chief Dan Orbih, being Chairman of the PDP in the state is not by mistake. We need to stabilise the state and Nigeria.

“That is why we have you. You have a great task ahead of you. You will not only drive it , but we will support you to the benefit of all of us.”

He described Orbih as an astute politician who had fought tirelessly to bring the PDP in the state from opposition to the ruling party.

The deputy governor noted that the zone could not be left behind particularly under the leadership of the National Vice Chairman, South South.

He stressed that all hands must be on deck to ensure the zone produced the next President of the country come 2023.

Speaking at the event, Orbih, that he would change the fortunes of the party and the zone ahead of 2023.

He said that he was committed to the political development of the zone and the party.

“Let me assure the leaders and members of our party that I will at all times defend the interest of our party and our zone.

“Let me use this occasion to call on leaders to stop playing politics with the development of the Niger Delta region.

“I condemn the failure of the federal government in not constituting the NDDC board in accordance with the Act.

“The NDDC is now a celebrated institution of fraud and scandal denying the Niger Delta people of accelerated development as envisaged in the Act.

“Until a proper board is inaugurated, government should suspend all allocations to the commission,” he said.

Orbih also challenged Edo government to do everything possible to recover looted and misappropriated funds in respect of the failed storm water project and the controversial central hospital project.

While acknowledging that there was lot to be done he said “You cannot leave Edo money for development in the hands of a few pretentious self-styled crusaders of let the people lead.

“I call on them to use this Lenten season to seek forgiveness and return ill acquired wealth and let the people benefit.

In same vein, Speaker Edo House of Assembly Marcus Onobun said that he was hopeful that the South South Chairman of the party would not only deliver the zone for PDP, but would ensure victory and emergence of the next President from the zone in 2023.

Friends and political associates of the zonal party leader while celebrating him, pledged their support for the PDP as part of efforts to reposition the party ahead of the 2023 presidential election.