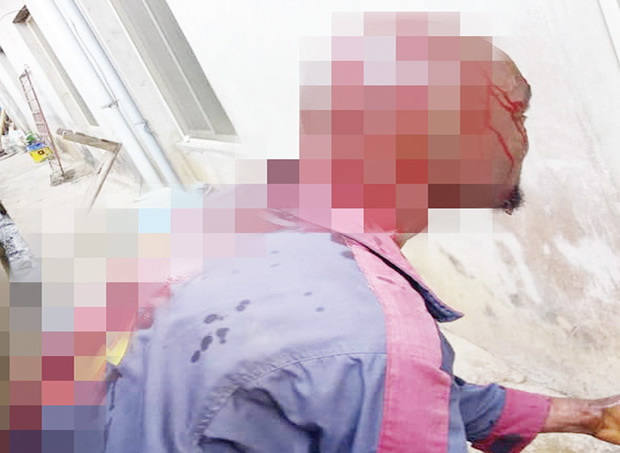 Horror! How Hoodlums Brutalized A Power Company Worker Who Was Repairing A Transformer

Saheed Olanrewaju, a suspected hoodlum who is also known as Usama, has been arrested by men of the Lagos State Police Command.

He was nabbed for allegedly leading three others to attack an official of the Ikeja Electric, Olakunle Popoola, who was working on a faulty transformer in the Iju-Ishaga area of Lagos State.

PUNCH Metro reports that a resident, identified only as Tayo, visited the IE office to complain that power supply in the community was at low voltage.

In response, Popoola and his colleagues reportedly visited the community to assess the transformer last Wednesday.

However, four hoodlums allegedly descended on them with weapons, including bottles and cutlasses.

Speaking to PUNCH Metro, Popoola said the suspects broke three bottles on his head, adding that they also dealt him cutlass blows in the head, hand and back.

The official noted that residents and some of his colleagues rushed him to hospital for treatment.

He said, “It was when I climbed the pole around the transformer that I discovered that the neutral and the red safes were faulty. But suddenly, four guys approached our direction and started demanding N10,000 from us before we worked on the transformer. I was making arrangements to fix the transformer when one of them slapped me, another guy broke a bottle on my head, and the third guy also broke another bottle on my head.

“Their leader suddenly brought out a cutlass and started dealing cutlass blows on my head, hand and back. Blood was all over my body when one of my colleagues pushed him and he lost possession of the cutlass. But as he stood up, he got hold of an iron and started using it to beat me. They were all saying they would kill me and use me as a scapegoat because we usually bring high electrical bills.

“Everyone scampered for safety, but the residents intervened later. A woman helped me to stitch my head to stop the bleeding before I was rushed to hospital. When our Chief Security Officer got to the area, the residents denied knowing the guys who attacked me, but my CSO wrote a petition against Mr Tayo and after he was arrested by the police, the phone number of the person that led the guys was provided and he was arrested and detained.”

The Head of Corporate Communications Ikeja Electric, Felix Ofulue, in a statement on Thursday, condemned the attack on Popoola, adding that the arrested suspect would be charged to court.

“Ikeja Electric will continue to condemn attacks on its employees in strong terms. We maintain that wanton attacks on our staff is completely irrational, irresponsible and unproductive.

“In the interest of the safety of our employees and for a harmonious relationship with our customers, Ikeja Electric will continue the deliberate engagement of all stakeholders in flashpoint areas to find ways to amicably resolve all pertinent issues of concern to its customers and communities,” he added. 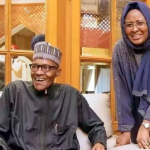 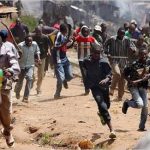