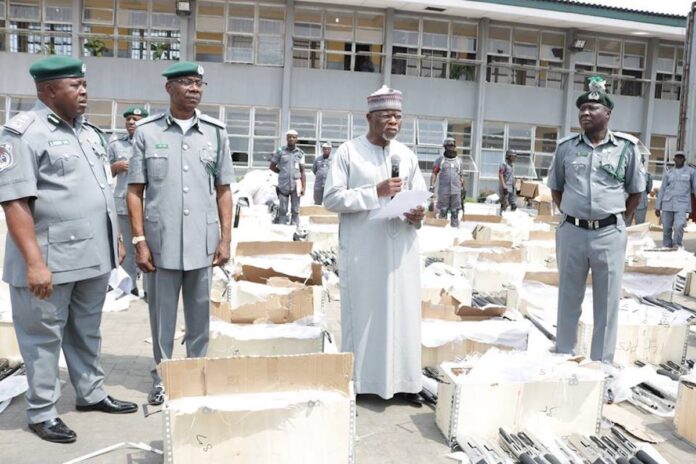 High-handed Customs and Haemorrhage of Indigenous Airlines – By Chidiebere Nwobodo

The global economy is still battling the downward spiral of Covid-19 virus and cascading scotch of the pandemic despite the relief provided by the vaccines. It cannot be overemphasized that aviation industry is the highest hit in the world economy. The industry was badly pummeled by the pandemic and left it grasping for air as a result of chocking nature of economic crisis heralded by the restrictions that came with the vicious virus.

Governments all over the world have been working run the clock in their respective countries, to minimize the negative effects of the pandemic on their aviation industries. In March, 2020, American government gave out over $25 billion dollars as bailout funds to airlines in the country to help absorb the shock created by the pandemic. In the same vain, Germany authorities bailed Lufthansa, the country’s biggest airline, with $10 billion dollars, as part of measures to rescue its aviation sector from devastating effects of Covid-19.

United Kingdom, following the same trend, gave over £1.8 billion pounds to four  biggest airlines in the country—British Airways, EasyJet, Ryanair, Wizz Air, to cushion the fallout of the lockdowns orchestrated by Covid-19 and help the airlines navigate economic turbulence created by the virus. Ironically, in Nigeria—with weaker airlines, aviation industry received paltry sum of N4 billion naira—not dollars—for the entire aviation industry. This is like a drop of water in the desert. The amount is equivalent to the cost of one engine of Boeing 777!

This is not an executive order but a law that journeyed through the hallowed chambers of National Assembly before it was assented to by the President.

Here is the crux of the matter: Customs under the leadership of Hameed Ali has formed parallel government—yes! you heard me right—parallel government, challenging the authorities of the President and National Assembly in a brazen disregard of a law passed by the legislature and duly signed by the President. Despite the waivers granted to airlines on duties and VAT by this law, Customs still disobeys the laws of the country by insisting that airlines still pay duties on new aircraft and spare parts.

We all know how important spare parts are to airlines, and are mostly sort abroad. In aviation industry, safety is of utmost importance. Recently, the aviation watchdog, NCCA, suspended AZMAN Airline from flying for alleged safety breaches. While we commend NCCA for upholding its mandate, we should also appreciate the dilemma airlines are facing today. What happens, for example, when AZMAN imports spare parts to service its jets in order to avoid sledgehammer of NCCA and Customs impounds those spare parts unlawfully and keep holding on to them in flagrant violations of the law of the country?

This is exactly, albeit sadly, the frustration Nigerian Customs is being meted out to Air Peace Airline—the nation’s largest airline. Customs is insisting on collecting duties and other charges, on spare parts bought by the Airline recently, even when there is already existing law given the airlines reprieve in that regard. This is an act of unbridled impunity and executive recklessness on the part of Customs Service. An agency of government should not be seen assaulting the same law that birthed it. I certainly don’t know when Customs became an island nation inside Nigeria that emboldens it to defy our laws.

As an agency of government, if you’re not comfortable with any law, you can approach the court to challenge it, but once that law is still binding, you have no legal impetus to flout it—whether you like the faces of those benefiting from it or not, is inconsequential here. Chairman of Air Peace Airline, Chief Allen Onyema expressed the frustration of the Airline in an event organized to receive its second brand new E195-E2 aircraft recently. His words:

“I want to thank the Minister of Aviation for the revolution he has brought in the industry. I want to thank the President for removing custom duty on the importation of aircraft and removing Value Added Tax(VAT) from ticket fares. This President has done very well for the aviation industry by signing into law these demands that we presented to him.

“I plead with the Federal Government to talk to Customs Service. They should try and feel the pulse of the President of this country and his regime. The customs knows very well that waivers have been signed into law, yet I have an aircraft on ground for over one month, an aircraft I pay over one million dollars of insurance whether it flies or not.

“I pay over N490million with a staff strength of over 3,000 people, yet our spare parts and engines will come into this country and customs had withheld them and giving us all manner of bills to pay.

But for the intervention of the Minister of Aviation, all the airlines in the country would have shut down. Where does that leave the economy of this country?”

This is really pathetic and heart-wrenching. Where is the so much hyped easy-of-doing-business? When other countries are providing incentives for their airlines to emerge stronger from economic crisis ignited by Covid-19 pandemic, an agency in the country has decided to being a huge drag on the aviation industry’s well of progress, through its high-handed actions and inactions.

A 35-year-old man, Umaru Jibrin, has stabbed the Chief Imam of Enagi town in Niger state, Alhaji Attahiru Alhassan, to…