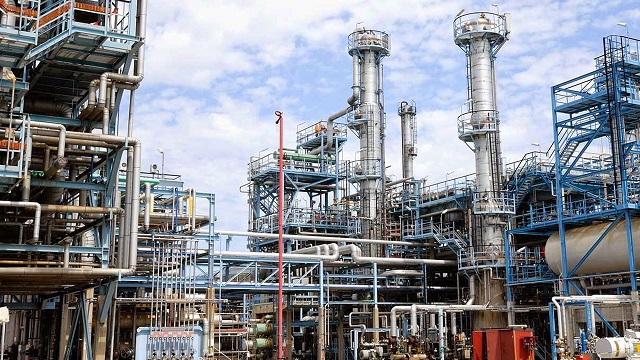 The Federal Executive Council (FEC) has approved the sum of $1.5 billion for the rehabilitation of the largest refining company in the country, the Port Harcourt Refinery.

The Minister of State for Petroleum Resources, Chief Timipre Sylva, disclosed this to State House Correspondents after the weekly virtual FEC meeting, presided over by President Muhammadu Buhari at the Aso Rock Presidential Villa, Abuja.

According to the Minister, the rehabilitation will be done in three phases of 18, 24 and 44 months, adding that the contract was awarded to an Italian company, Tecnimont S.p.A, a global leader in refinery maintenance.

The Minister also assured that local content is fully involved in the job.

“The Ministry of Petroleum Resources presented a memo on the rehabilitation of Port Harcourt refinery for the sum of 1.5 billion, and that memo was $1.5 billion and it was approved by council today.

“So we are happy to announce that the rehabilitation of productivity refinery will commence in three phases. The first phase is to be completed in 18 months, which will take the refinery to a production of 90 percent of its nameplate capacity.

Addressing the problem of refineries maintenance, which has dogged the nation’s four refineries over the years, Sylva said the refineries would be handed over to operations and maintenance firms to manage for the country.

He added that the management aspect for the refurbished refineries was part of the conditions given by lenders of the funds for the maintenance project, adding that the condition had been embedded in the agreement.

“On the other very germane question about operations and maintenance. That has been a big problem for our refineries, as we all know, that was also exhaustively discussed in Council and the agreement is that we’re going to put a professional Operations and Maintenance company to manage the refinery when it has been rehabilitated.

“In any case, it is actually one of the conditions presented by the lenders, because the lenders say they can only give us the money if we have a professional operations and maintenance company, and that already is embedded in our discussions with the lenders and we cannot go back on that.

He said the issue of funding for the project had been sorted out, explaining that “I want to answer that the funds are all in place and work will commence forthwith.

He assured that the other refineries in Kaduna and Warri would also be rehabilitated, explaining that their works would commence before the end of the current administration.

“On the last question, which is when the other refineries will also be rehabilitated? Discussions are ongoing. We want to take one at a time and I want to assure you that before the lifetime of this administration expires, work on all the refineries would have at least commenced,” he said.