Bandits in the evening of Tuesday attacked the convoy of the Emir of Birnin Gwari, Mallam Zubairu Jibril Maigwari, on his way to Birnin Gwari

A palace aide, Sarkin Mota Umar, in an interview, said the bandits opened fire on the emir’s convoy when they were on their way to Birnin Gwari.

The emir, it was gathered, was not inside the car that was badly damaged as a result of the attack.

According to the driver: “The gunmen were shooting at us with the aim of making us to stop. But we didn’t.

“I did not stop. In fact, I was lucky as one of the bullets passed over my head and landed on the floor

“All the occupants of the vehicle were unhurt expect for the bruise I got as a result of the broken windscreen.”

As of the time of this report, there is no confirmation from the state police command and the state government.

Nigeria may be close to flattening the curve of the COVID-19 pandemic as confirmed cases in the country keep dropping weekly, Tribune Online analysis has shown. This is even as the much-expected COVID-19 vaccines arrived in Abuja, the Federal Capital Territory last Tuesday…

Inside Ibadan Bound Train From Lagos

The train started the 156.65 kilometres journey to Lagos at exactly 08:00hrs. The pace of its acceleration was minimal.

At about 25 minutes, the train slowed down at the uncompleted Omi-Adio terminal, a village on the Abeokuta/Ibadan expressway; it’s a stone throw from Apata in Ibadan. Conveyance of passengers from there and other terminals has not kickstarted as the terminals are still under construction and workers were found there…Bandits rain bullets on Emir of Birnin Gwari’s convoy in Kaduna 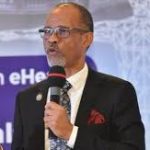