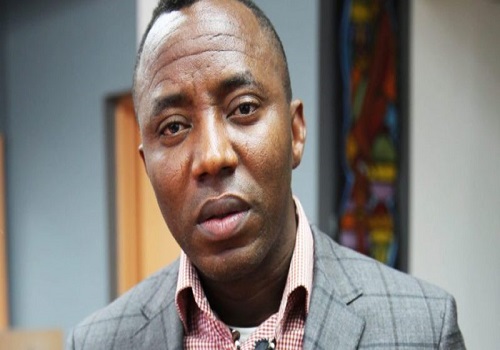 African Alliance Congress (AAC) has urged security agencies to arrest Omoyele Sowore for mobilising his supporters for a protest at the headquarters of the Independent National Electoral Commission (INEC) in Abuja.

Sowore and his group were seeking recognition as original owners of the party, but INEC had recognised the Nzenwa-led group.

Describing Sowore as an impostor who should be arrested, the AAC leadership said the party was not against his protest, but against the use of the party for “personal business” because he had allegedly been expelled from AAC.

Addressing reporters in Abuja, Nzenwa said: “Last Wednesday, March 10, 2021, we alerted the nation to an ongoing mobilisation to hide under the name of our great party to wreak havoc …nationwide.

“The plot also included attempts to attack other public infrastructure and cause mayhem across the nation by Omoyele Stephen Sowore and some misdirected youths and miscreants from March 15, 2021 and onward.”