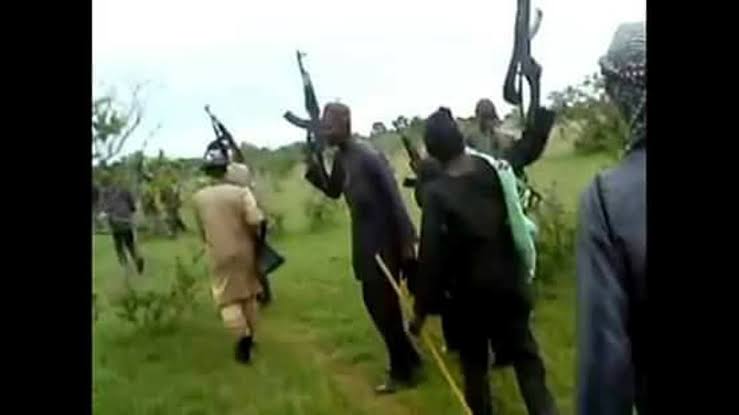 Worried residents and parents have told of the horror how bandits stormed a school in Kaduna state before abducting students and teachers.

Recall that we reported how bandits again allegedly abducted students and teachers from UBE Primary School in Rama, a village in Birnin Gwari Local Government Area of Kaduna State.

The abduction of the students and teachers took place while pupils were trooping into the school around 9 am today (Monday).

A resident of the area, one Abdulsalam Adam explained that the gunmen came on about 12 motorcycles to the school premises.

Abdulsalam explained, “I have been told that three teachers and some pupils have been abducted, but we are trying to ascertain the true situation.

“Right now, our vigilante boys and other volunteers have gone after the bandits.”

Abdulsalam Adam added, “We are in the school right now, what we are trying to do is comb the bushes because some of the children ran into the bush. So, we don’t know how many were abducted at the moment by the bandits.”

Another resident, one Mai Saje Rama, explained, “There is a particular parent, Halilu who said he saw them carrying his son on a motorcycle.”

He further explained that most of the residents have decided to brave it by going after the bandits, adding, “We are in the school and we have sent for security agents but they have not arrived yet.”

Also, one Mohammadu Birnin Gwari, a resident of the area disclosed that two of his brothers were among the teachers abducted.

He explained that the names of the teachers are Umar Hassan and Rabiu Salisu Takau.