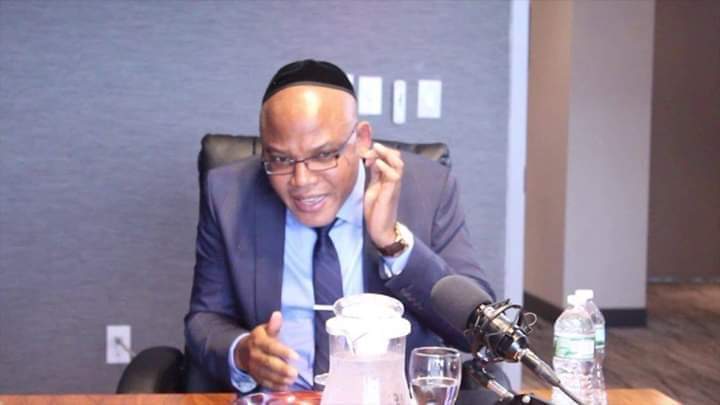 • Urges Public To Disregard IPOB’s Attempt To Cover Up Truth
Some concerned Igbo professionals have reiterated their claim that leader of the Indigenous People of Biafra (IPOB), Mazi Nnamdi Kanu, has changed the registration status of the proscribed group in the United Kingdom (UK), thereby vindicating their consistent position that the fugitive was using the platform to achieve personal and selfish desires.

While maintaining that Kanu’s agitation for the realisation of the Republic of Biafra was anything but altruistic, the coalition urged well-meaning Ndigbo in particular, and Nigerians in general, to disregard the “terrorist” group and its activities, which they said were inimical to national security and progress.

The professionals, who operate under the identity of Coalition of South East Professionals Network in Nigeria and Diaspora (CSEPNND), said they were compelled to make this further clarification in response to a statement on social media claiming otherwise. Their position was conveyed in a statement by the National President, Prof. Madumere Chika and National Secretary, Anayo Uchemba.

In the declaration, the professionals recalled that barely 24 hours ago, they had alerted the public on the development in the UK, wherein Kanu was reported to have registered IPOB as a “community interest company.”

To buttress their position, the experts drew attention to the fact that Kanu has since “filed zero income in UK financial report,” ostensibly to pave way for personalisation of the group.

In an earlier statement, the professionals had called on well-meaning Igbo sons and daughters to pull out of the group and openly identify with the Nigerian State, saying Ndigbo has so much to gain from being in an indivisible Nigeria than Kanu’s acclaimed Biafra.

This was as they further charged them on the need to remain firm and resolute in their decision to show unalloyed allegiance to the Nigerian State and not allow Kanu succeed in manipulating them into joining his secessionist group to promote selfish agenda.

“How can Kanu change IPOB’s registration status to his personal business, if he truly means well for his followers? Kanu and his wife remain the sole signatories to IPOB’s main account in Germany. Is this not clear that it’s a personal business…” they queried.

In its reaction, IPOB dismissed the position as false, describing CSEPNND as “faceless.”

In a statement by one Emma Powerful, who claims to be the Publicity Secretary, IPOB insisted it had not effected any change in its registration documents.

It said: “The attention of the Indigenous People of Biafra (IPOB), ably led by our great leader, Mazi Nnamdi Kanu, has been drawn to the ridiculous and fallacious media report that our leader has altered the registration documents of IPOB and converted same to his private estate with his wife, Mrs. Uchechi Okwu Kanu as one of the signatories.

“The claims emanating from a faceless group and DSS-creation masquerading as Coalition of South East Professionals Network in Nigeria and Diaspora (CSEPNND) only exist in the imagination of those behind the trash. There is no iota of truth in the above gibberish, which only confirms that the DSS has run out of ideas in its propaganda war against IPOB…”

The Igbo professionals responded by saying it would not dignify a group that did not exist in the eyes of the law.